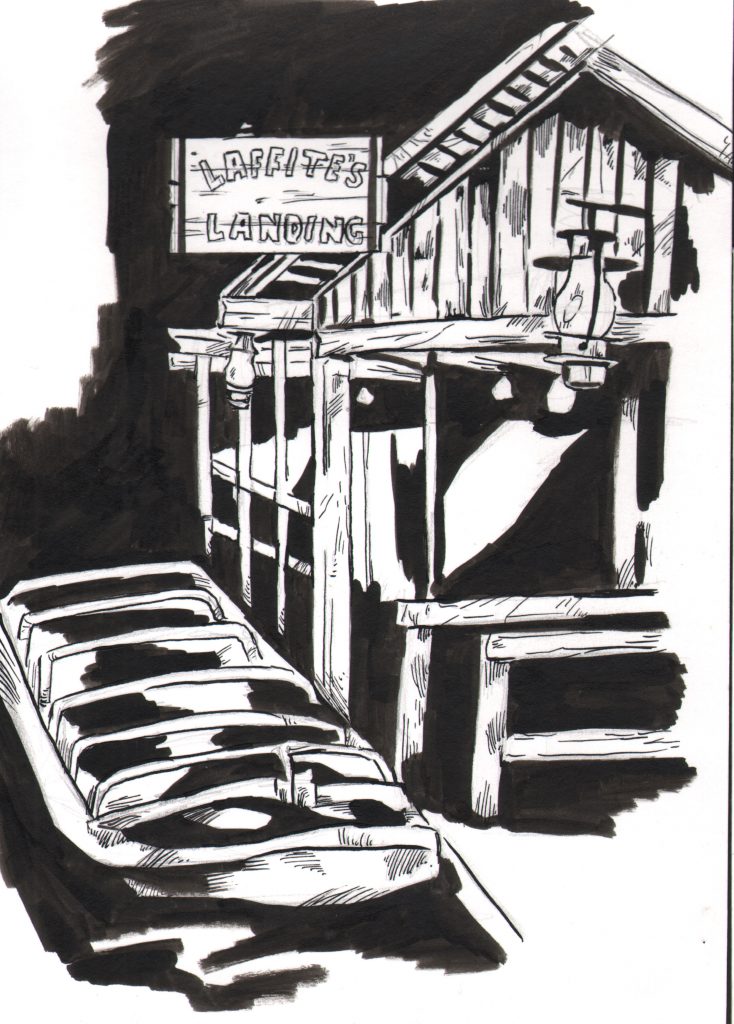 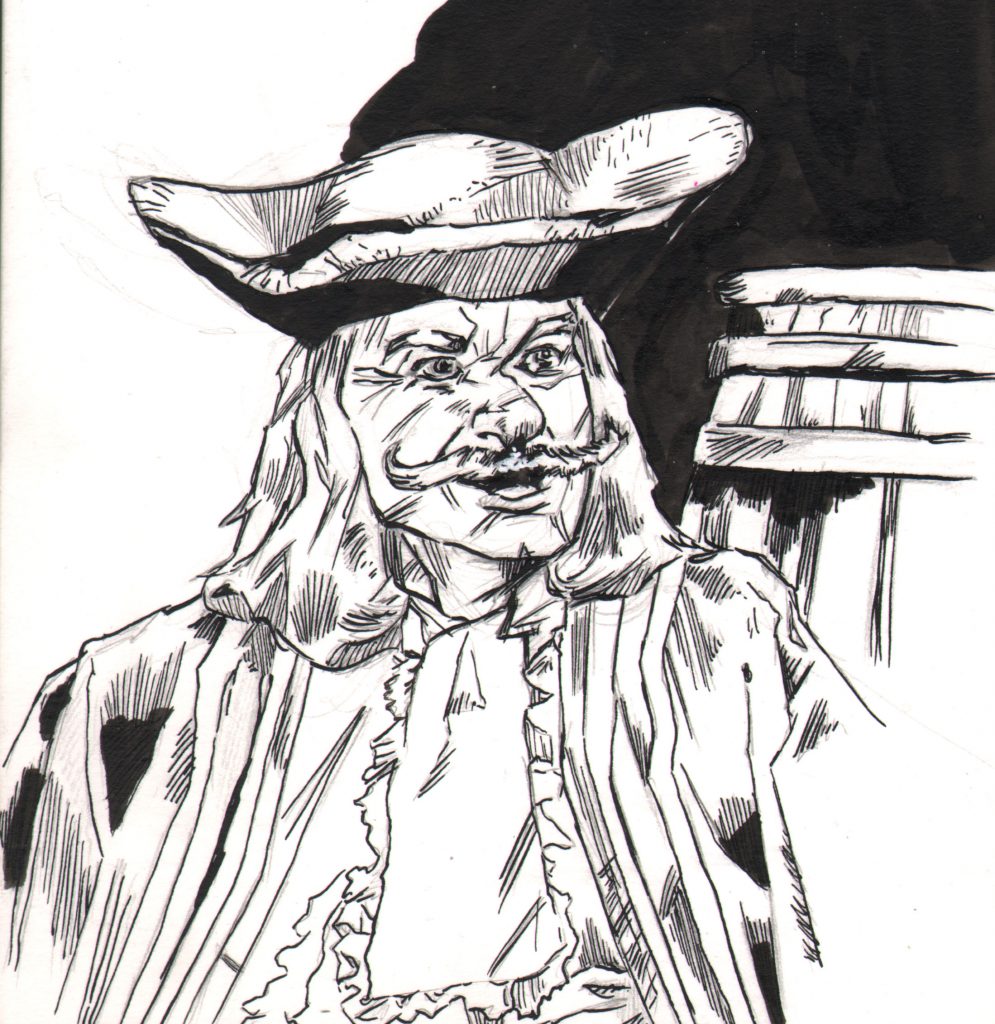 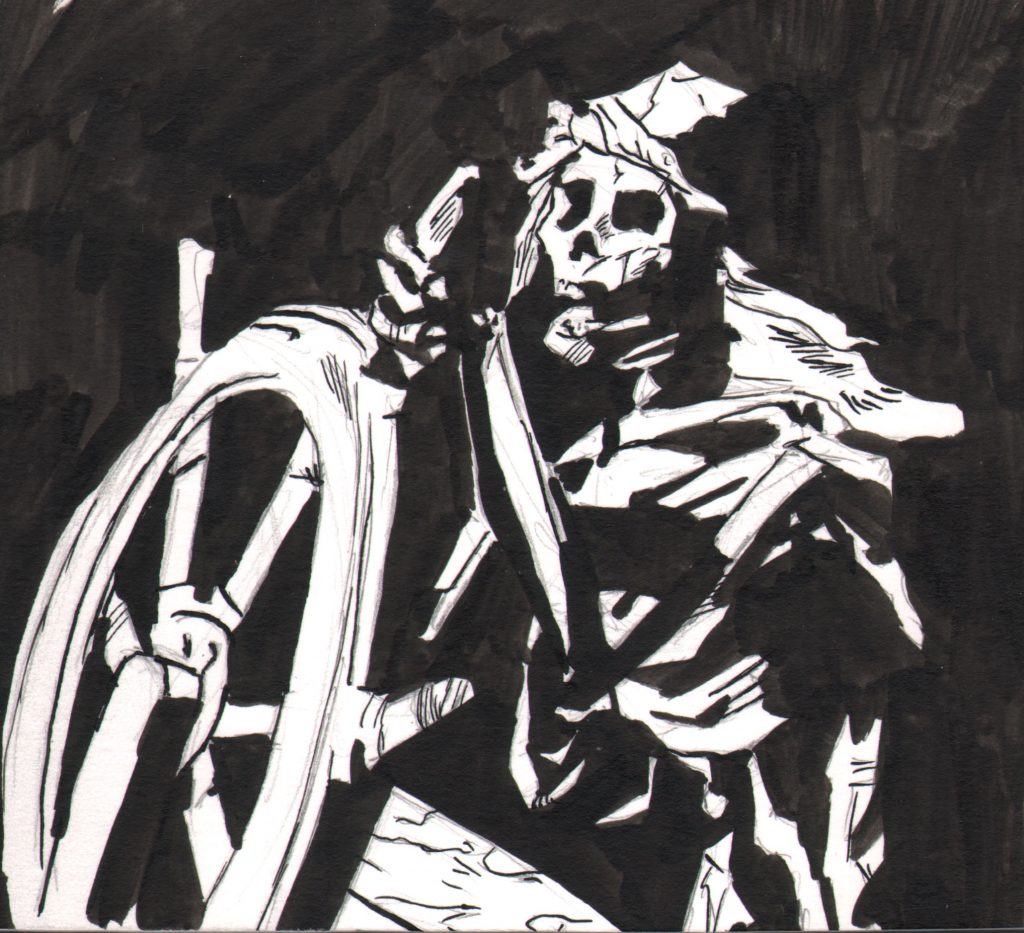 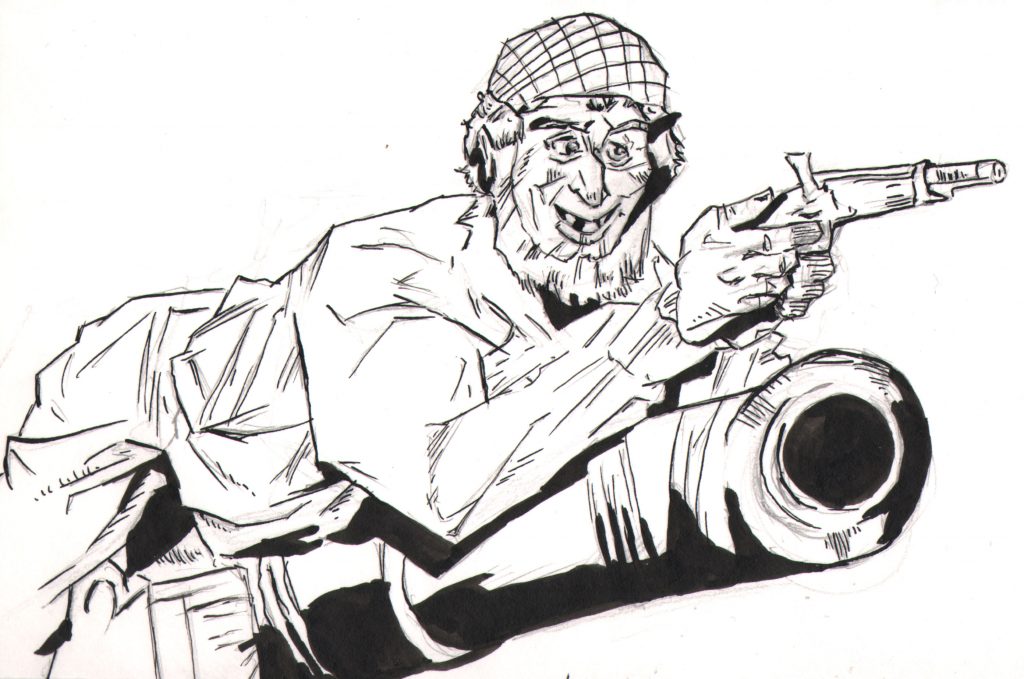 I spent some time, a few months ago, doing some black & white sketches of some of the scenes and characters from the Pirates of the Caribbean ride.  Here are a few of them. 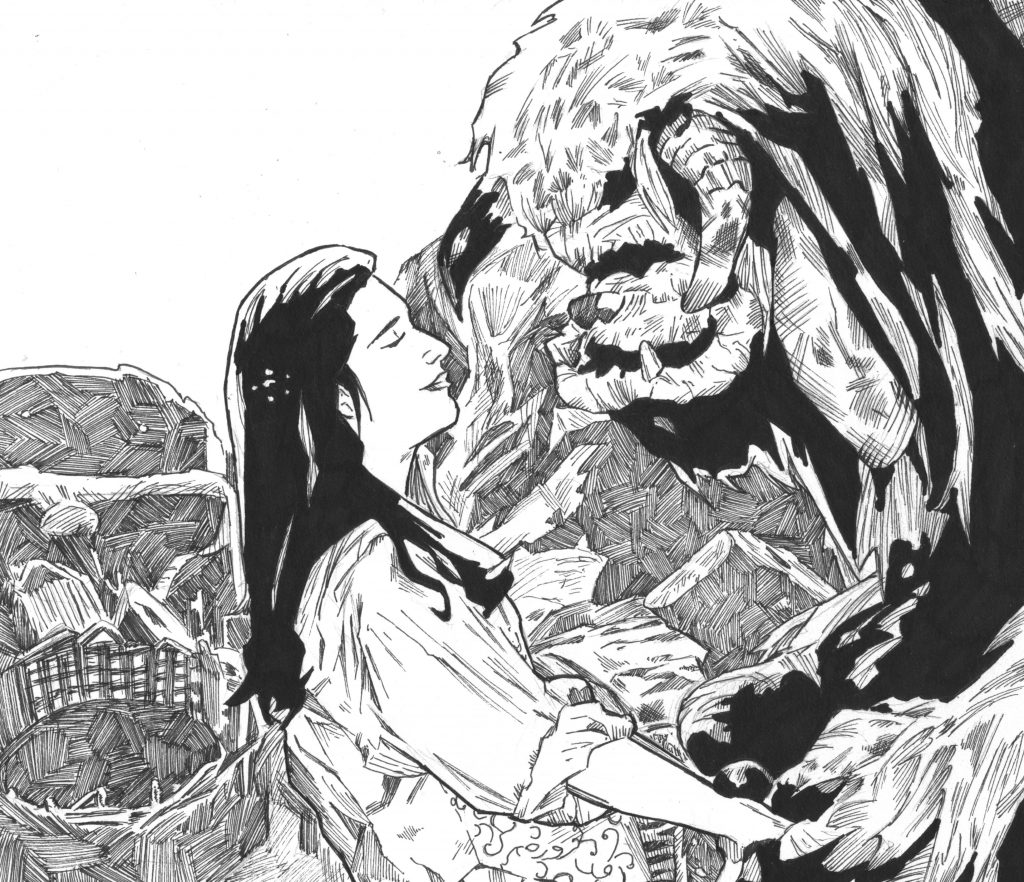 First step of a painting of Sarah and Ludo from the movie, Labyrinth. 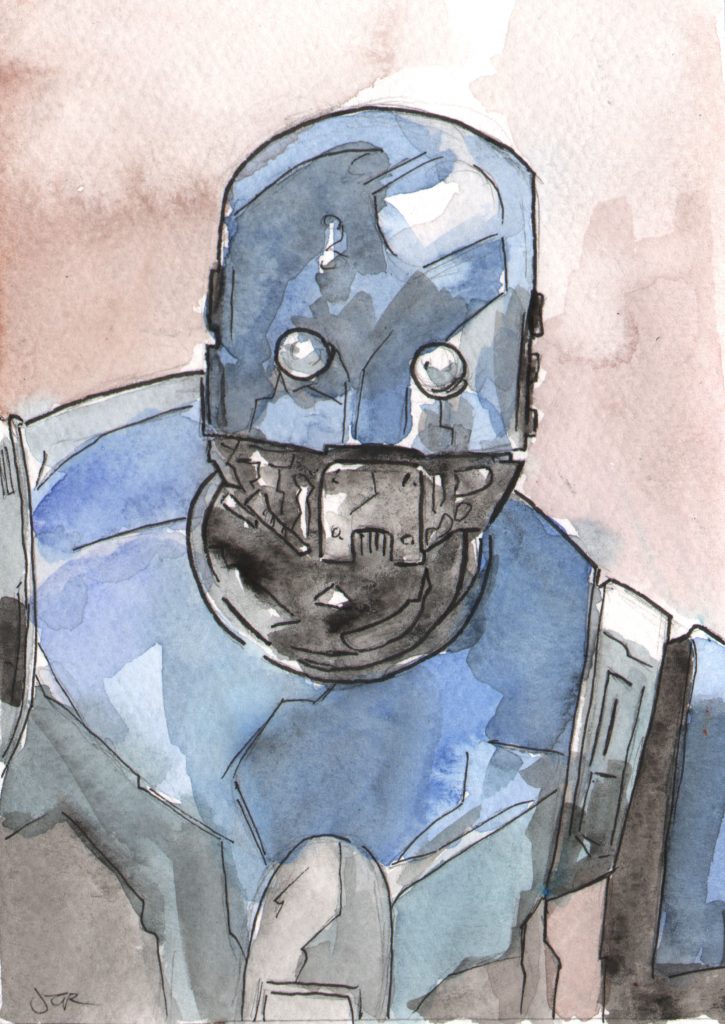 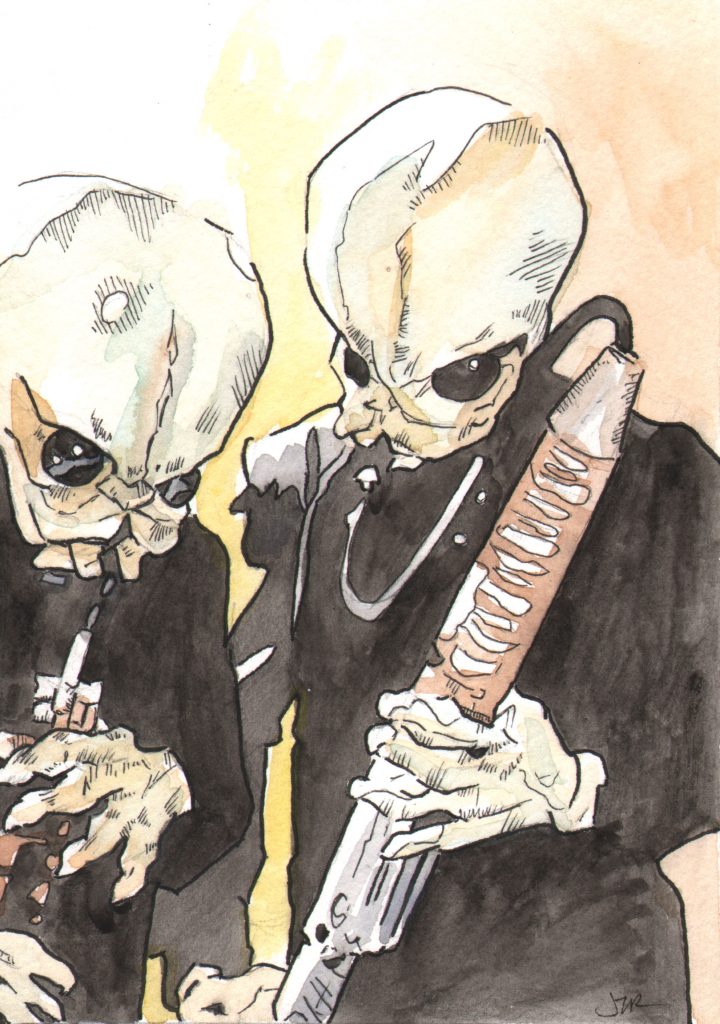 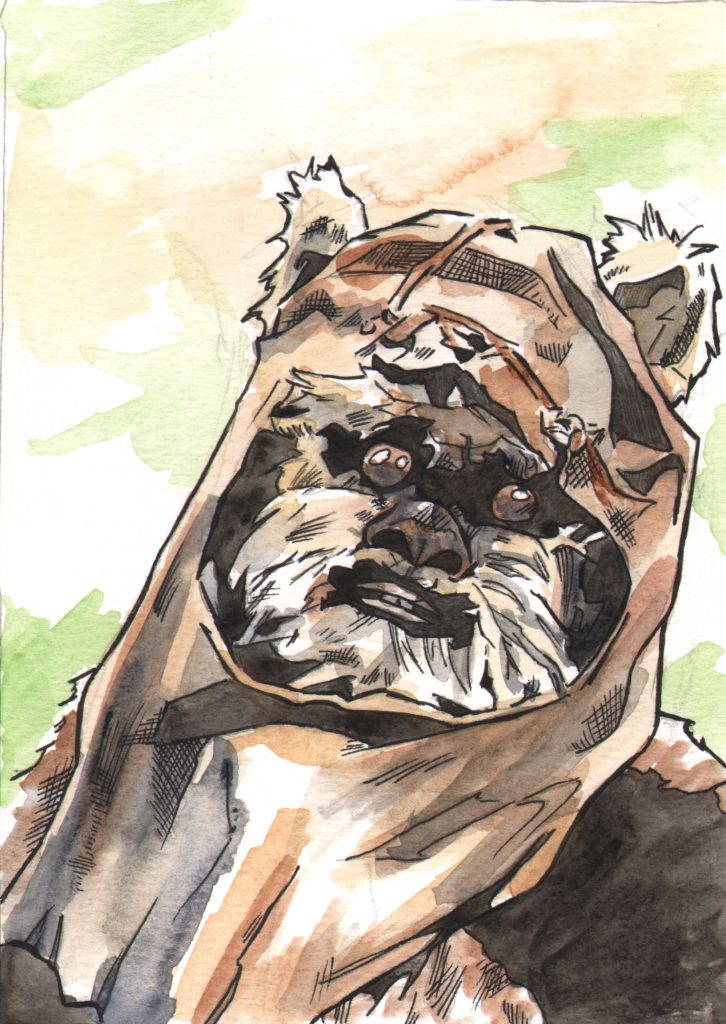 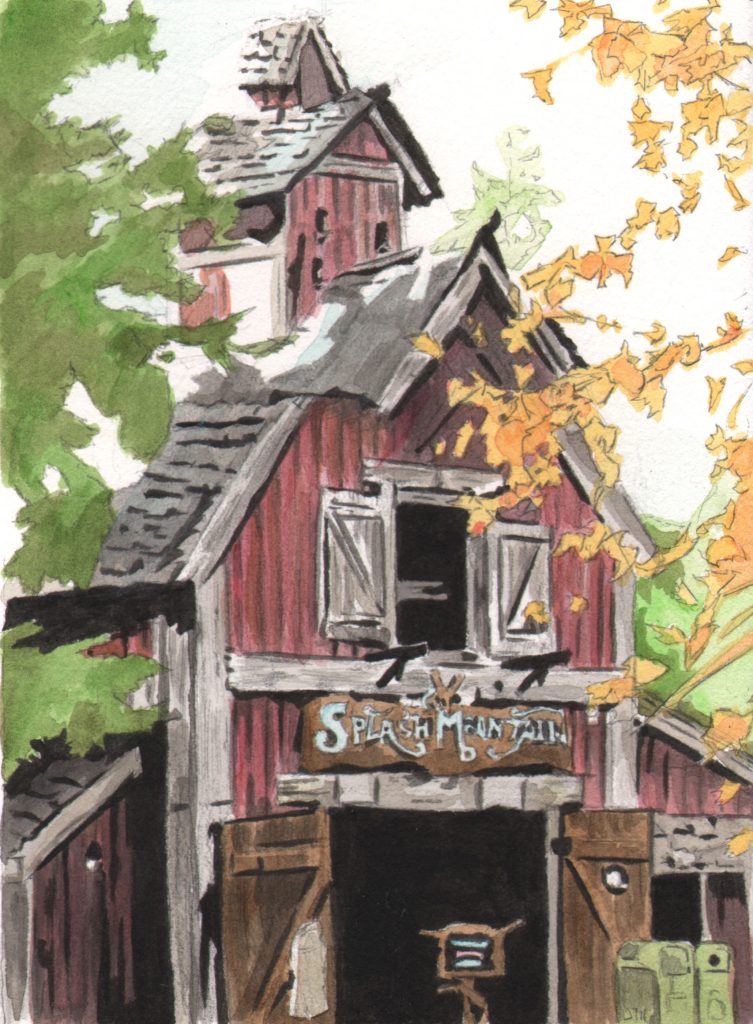 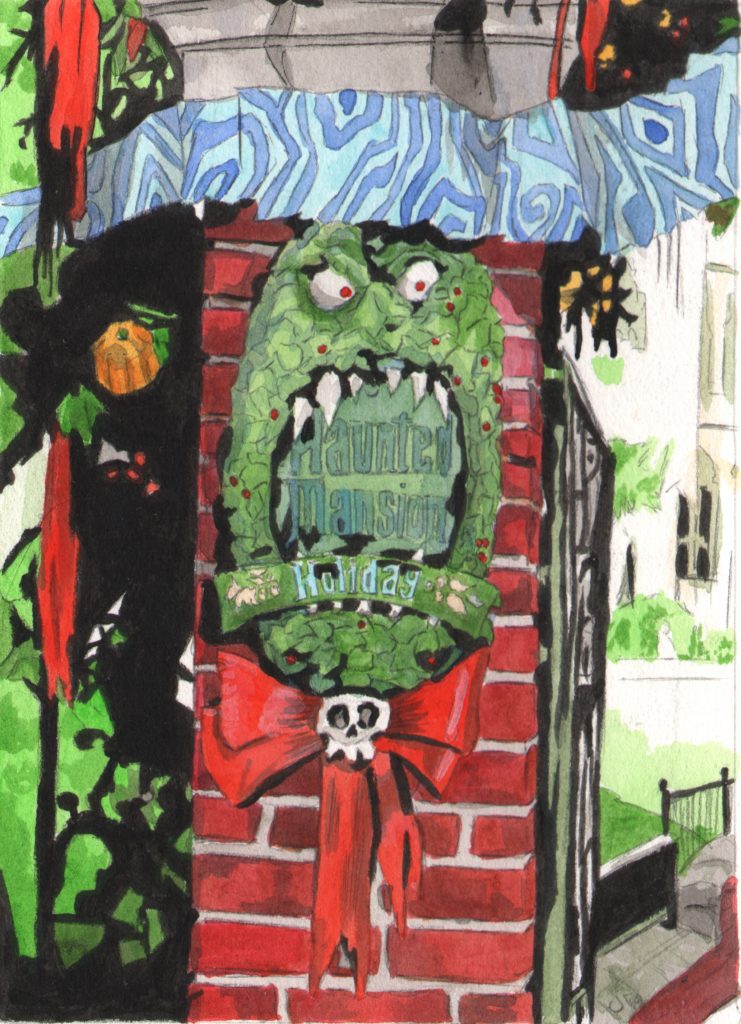 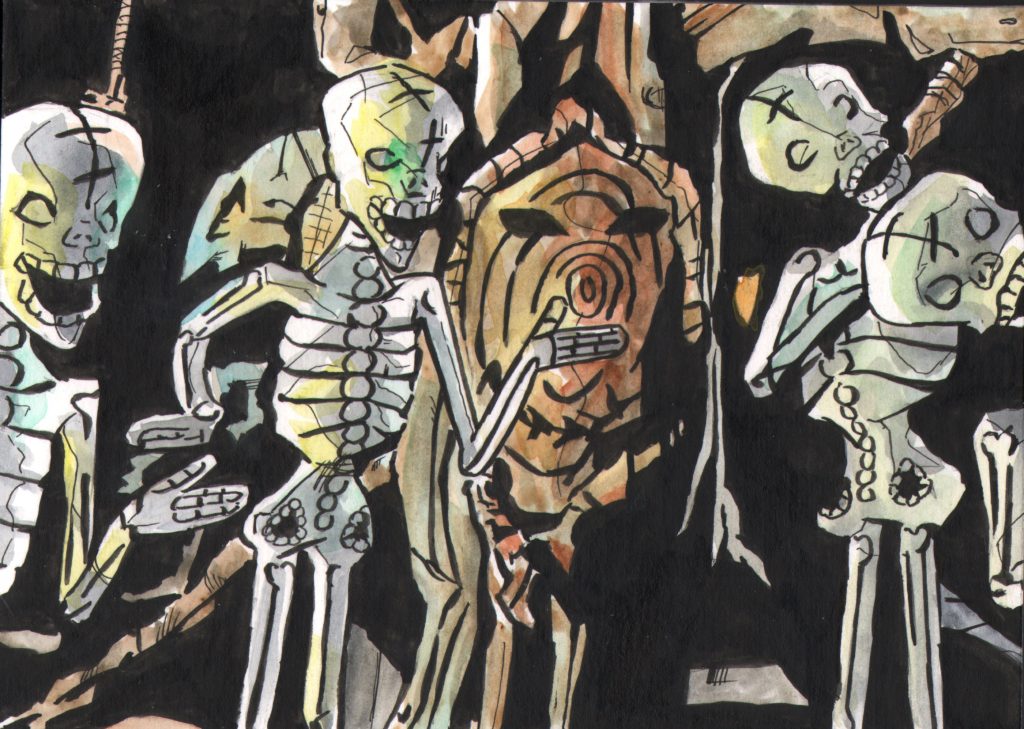 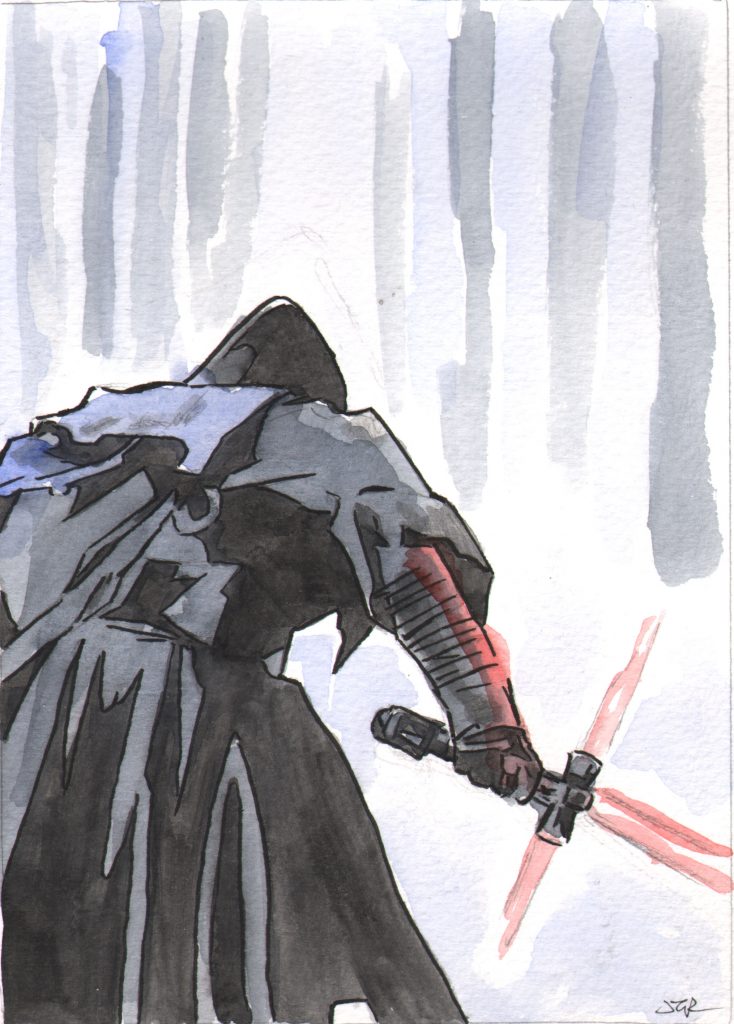 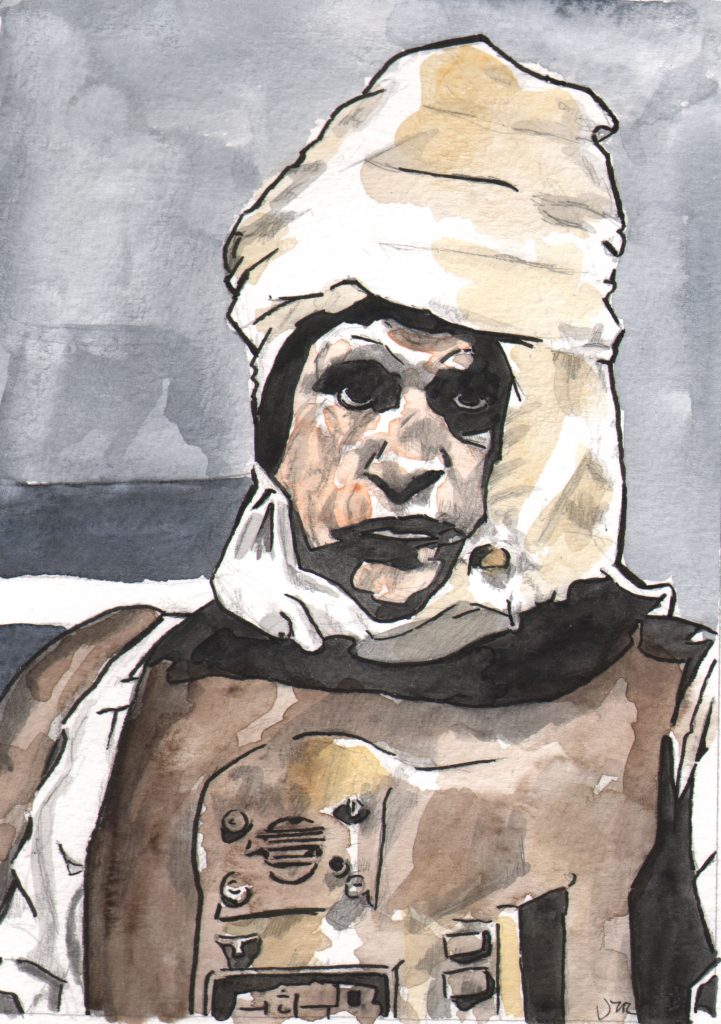 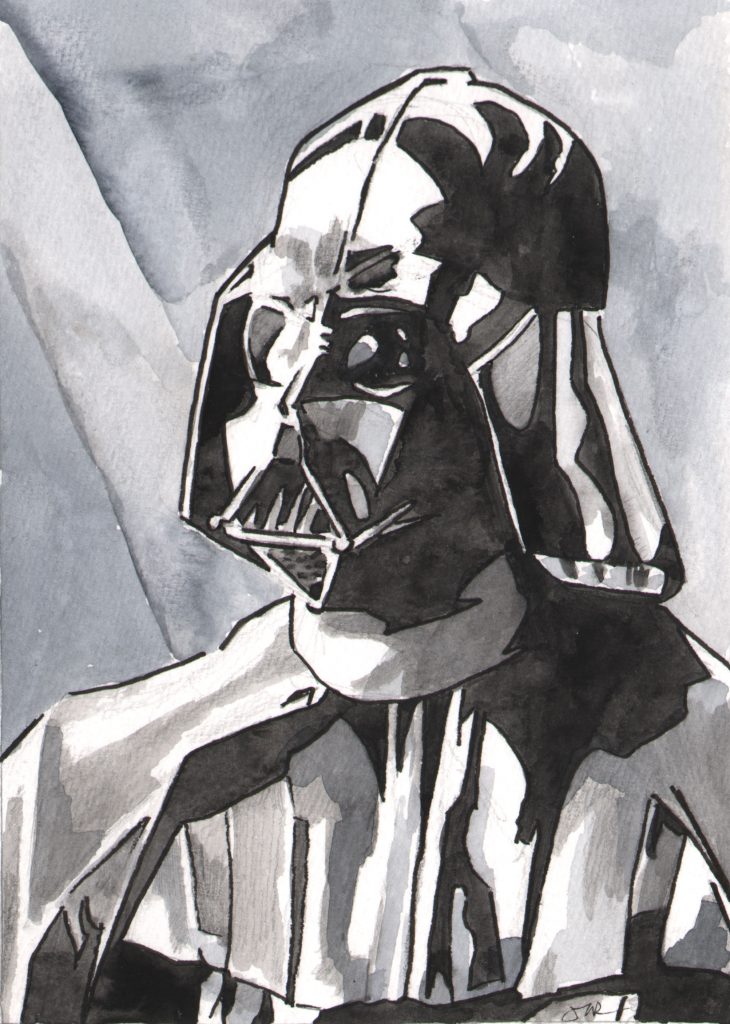 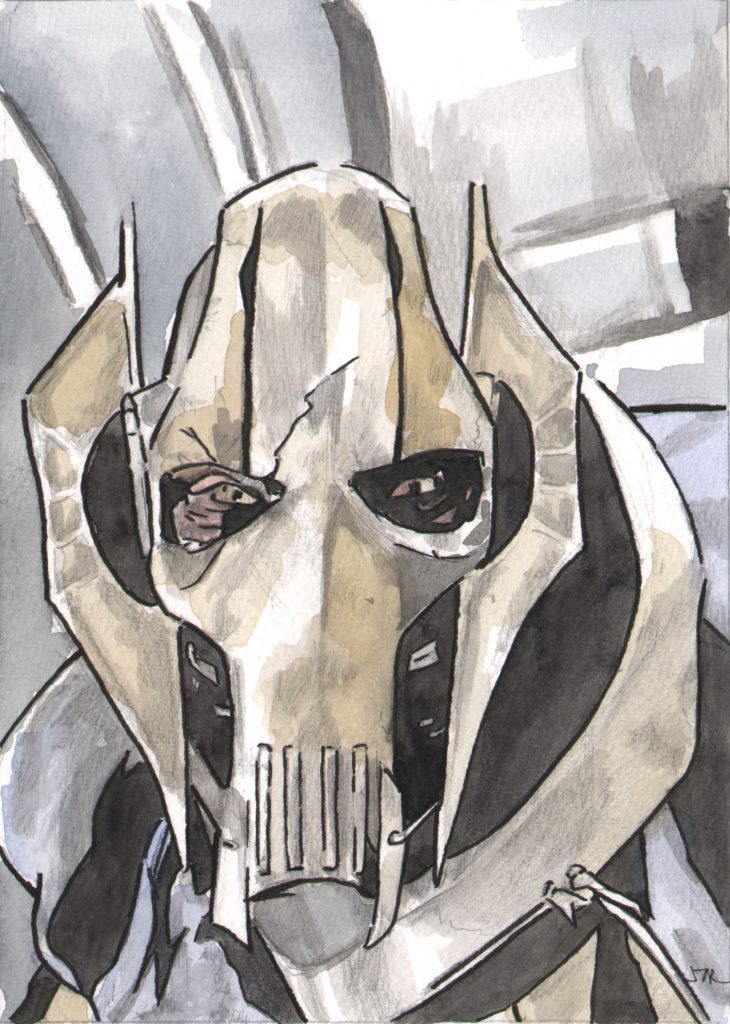 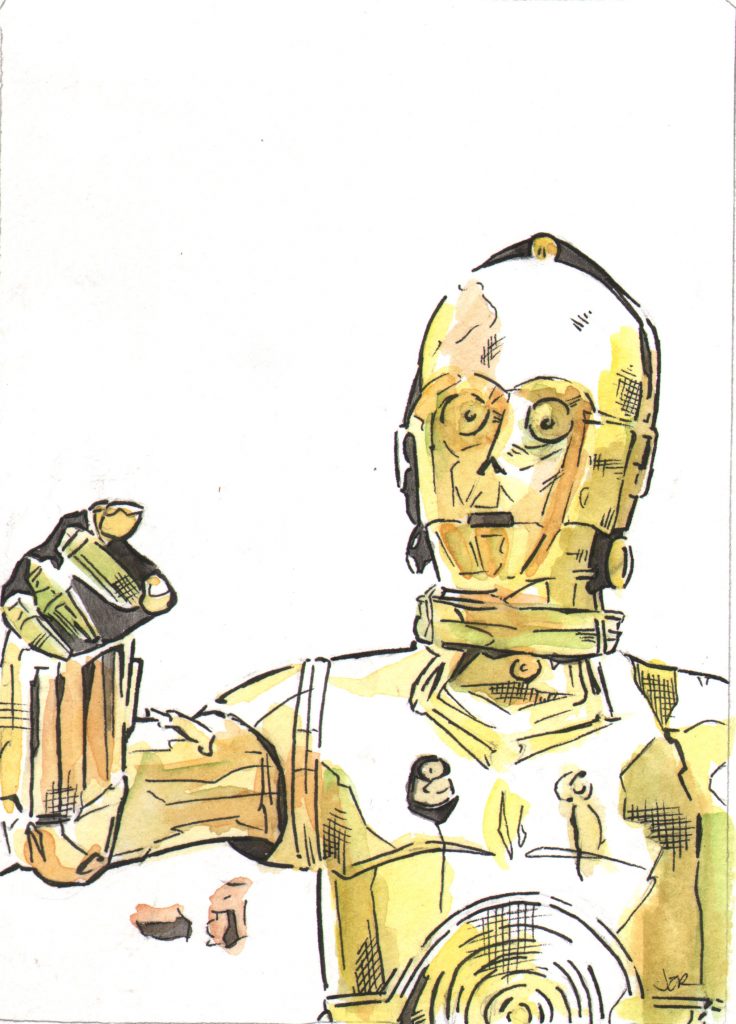 Here is some more of the paintings from this year.  All of these are for sale for $20 each
Please follow me at:
Http://www.jamesrichardsonart.com/
Instagram-@monstercola13 Facebook @jamesrichardsonart77
#art #portrait #ink #watercolor #artforsale #monstercola #Disney #starwars #drawing #darthvader #c3po #bountyhunter #fanart #movieart #80smovie 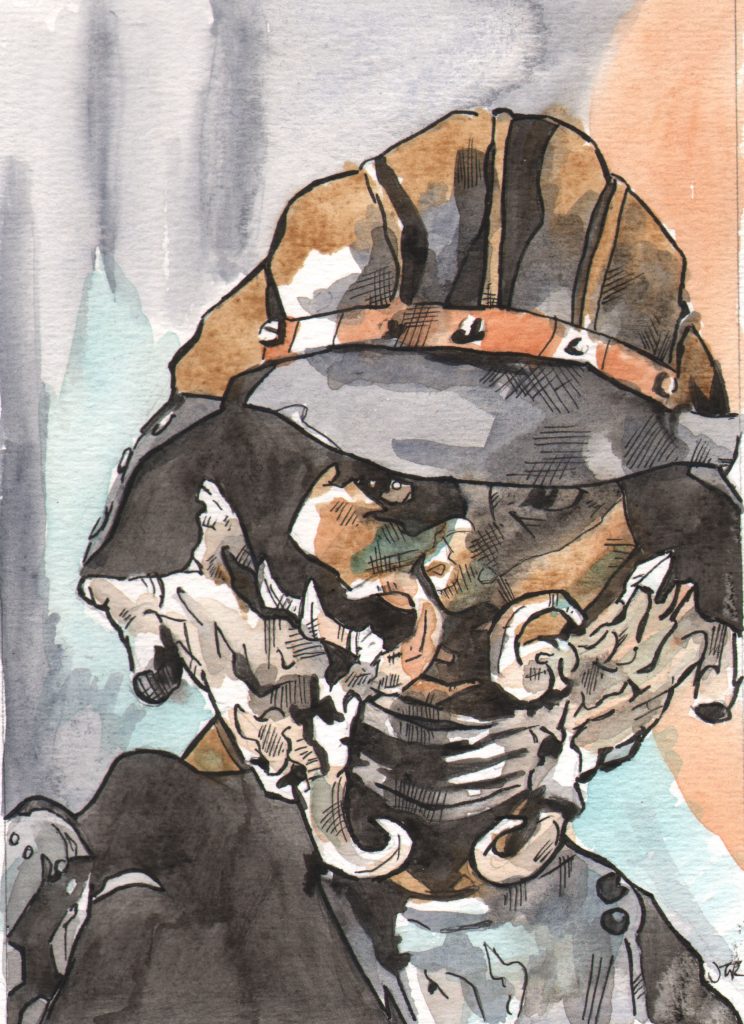 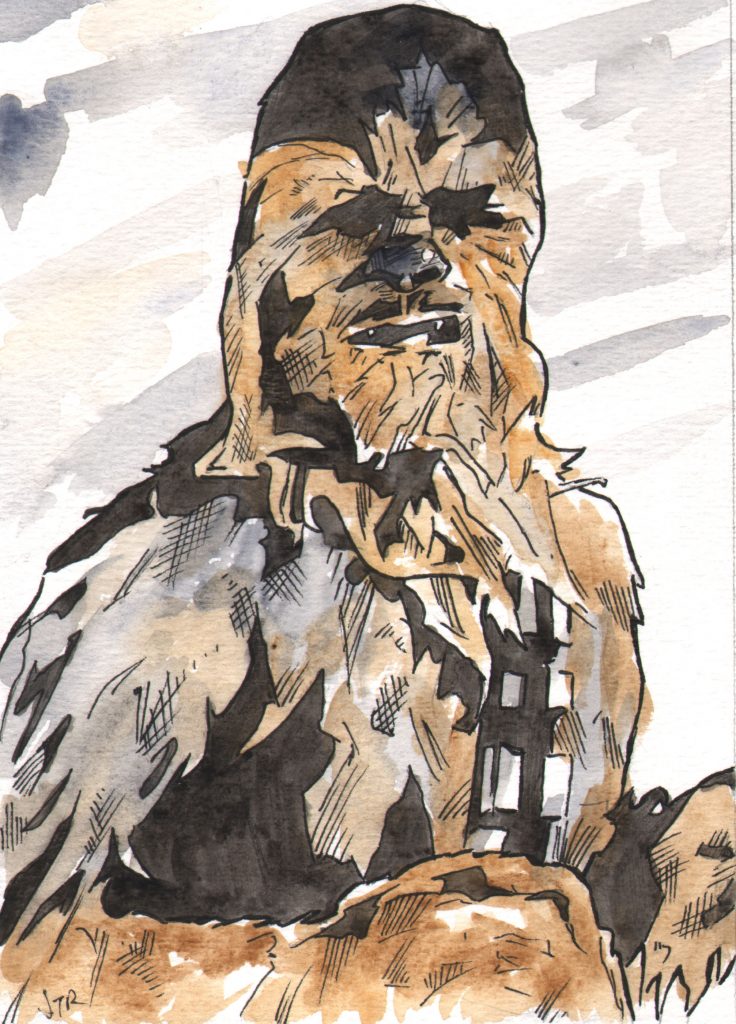 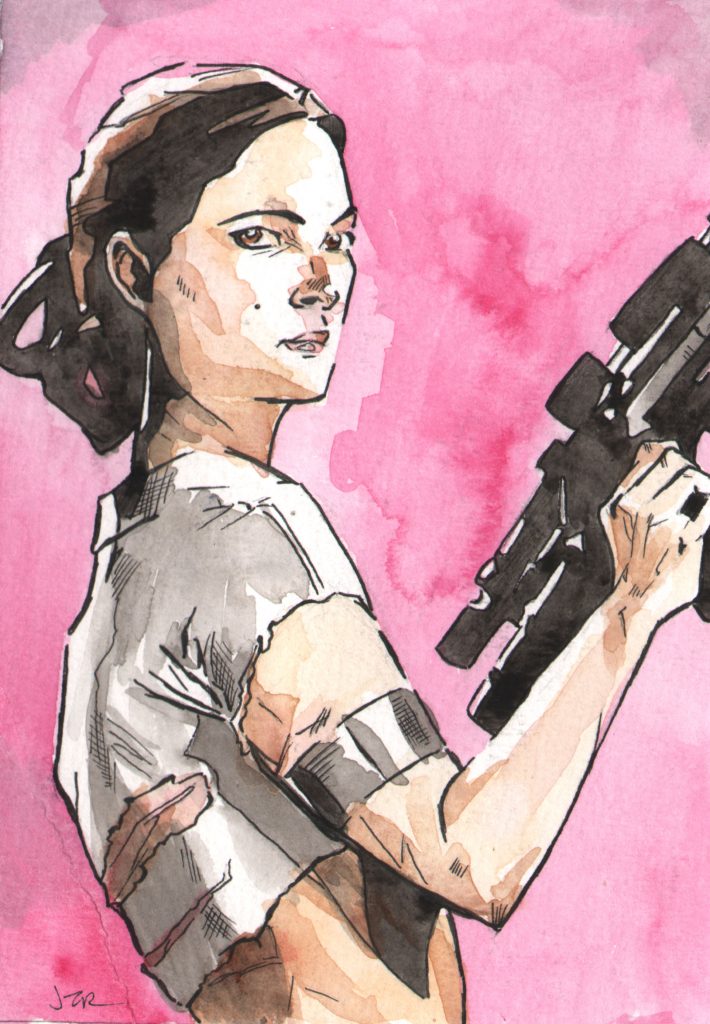 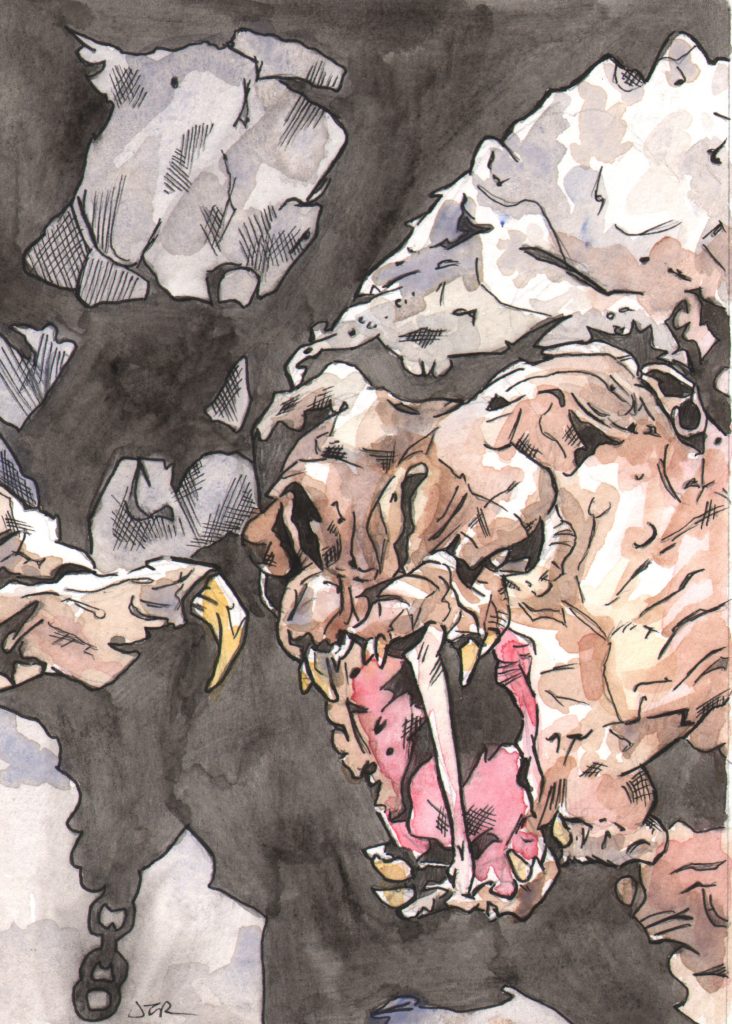 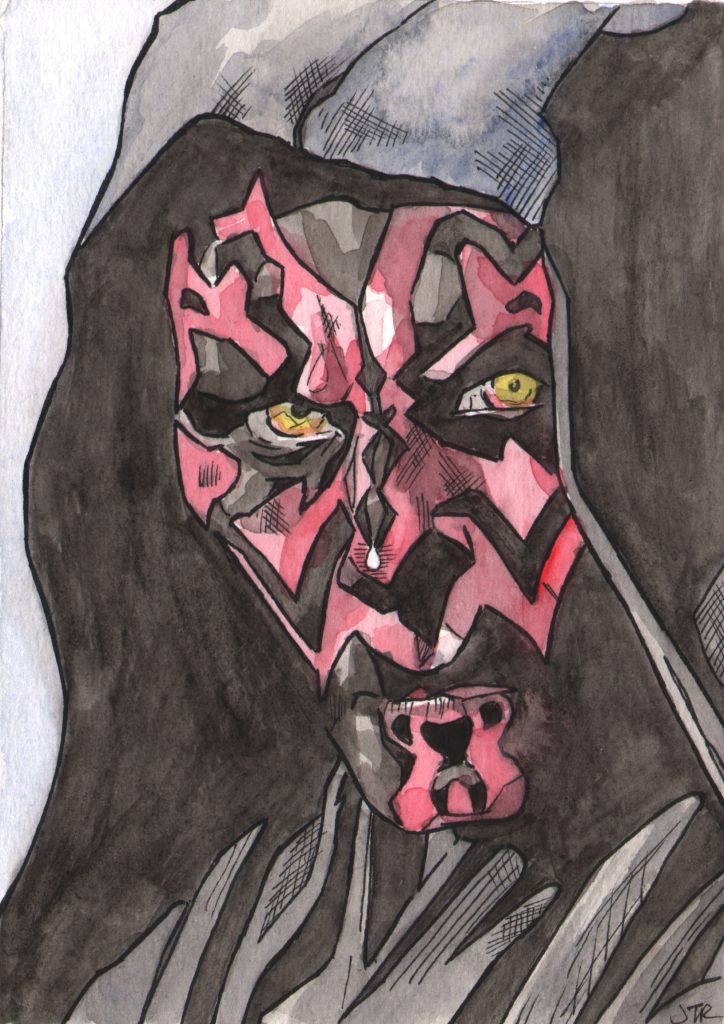 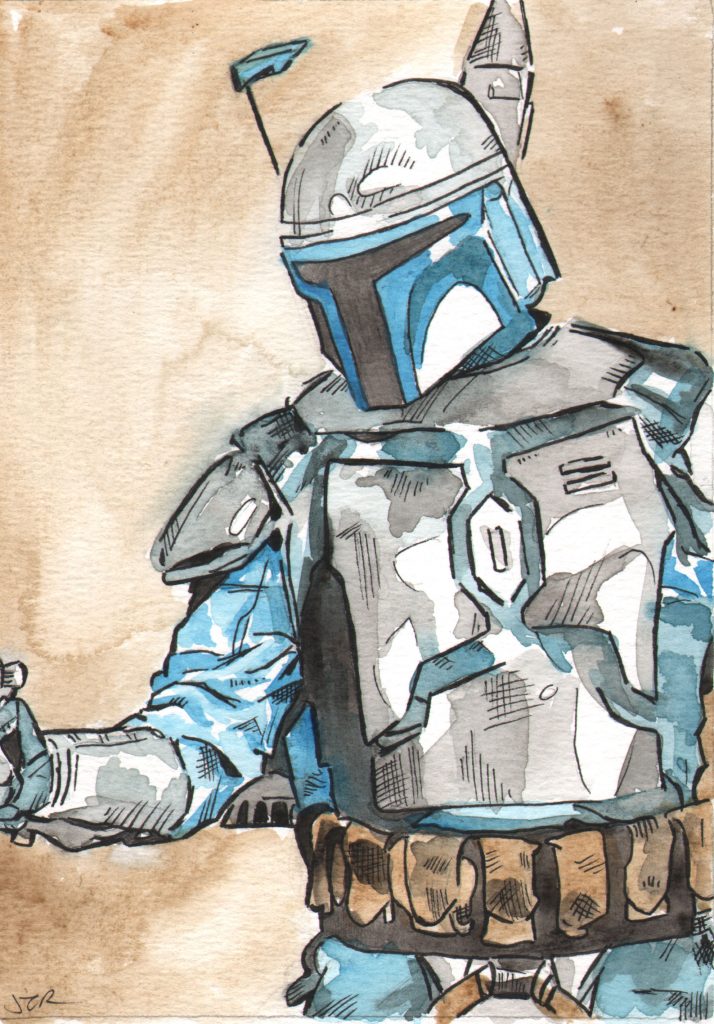 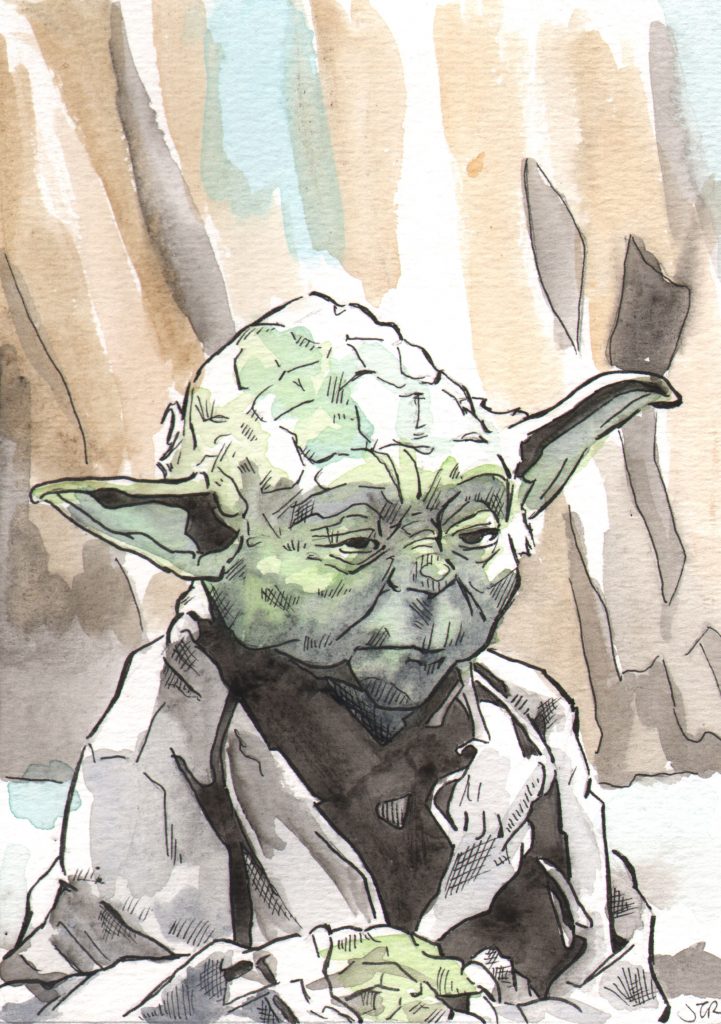 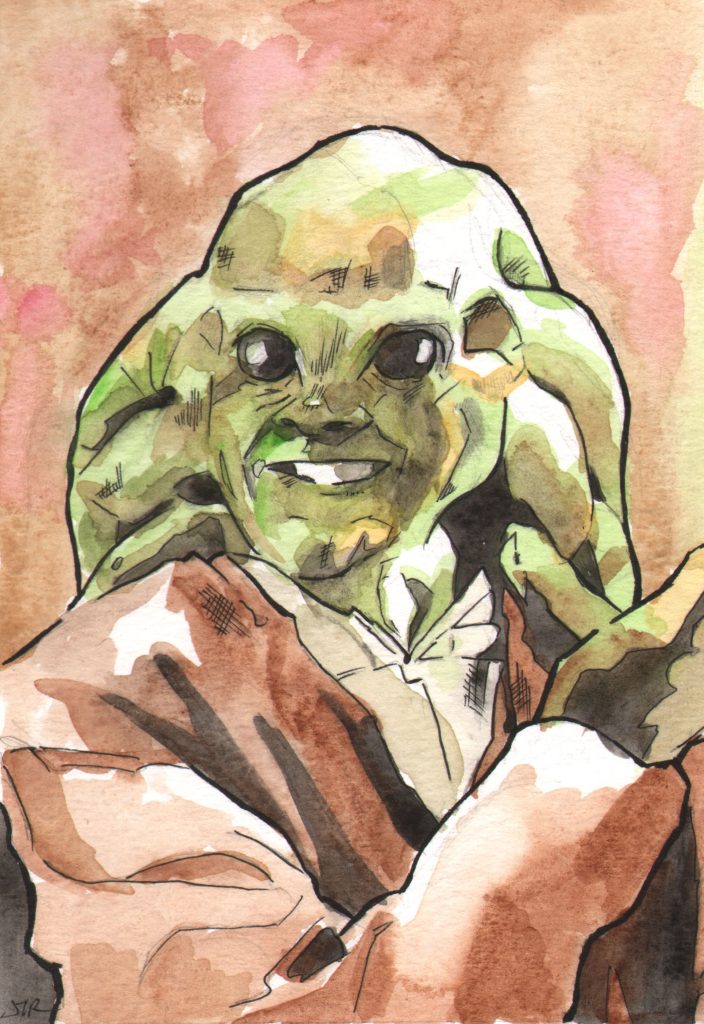 All of these are for sale for $20 each

Day two, and here is some more art that was created recently and shown at the first convention I have shown at.  First up is a drawing of the Hitch Hiking Ghosts who are trying to find their way out of Disney’s Haunted Mansion.  It is a marker and ink drawing.  And this is a piece that sold at the show.

This is a color version of the piece that I did.

Muppets are and have always been important to me.  The photo this is based on is just perfect.  It is a 5″x7″ watercolor and ink piece and is for sale for $20.

I’m going to start adding all of the Star Wars related paintings that I have done over the last 2 years.  These are all for sale for $20 each.

This infamous resident from the Haunted Mansion in Disneyland is named the Hatbox Ghost.  His special talent is to make his head disappear from his body and reappear in the hatbox as you pass by him.  He is a new member of the 999 happy haunts that fill  the mansion but, this is not his first time there.  Part of fame comes from the fact that he was an original character when the ride opened.  He was there for just a few days and just like you would expect from a ghost, he disappeared completely.  In, fact, the animatronic of the character was completely lost!

For the fans, he was that character that we had to know more about.  We would crave those photos that surfaced to try and imagine what the Mansion would be like with him in it.  I believe that old video footage of him has recently surfaced.  Thanks to Disney we no longer have to imagine what the Hatbox Ghost was like because they have made a new version of him and he currently is haunting the attic of the Mansion in Disneyland.

For more great info about the Mansion, you should checkout the greatest Haunted Mansion website-Doombuggies.com

This is a 6″x8″ ink and watercolor painting

This painting has been sold