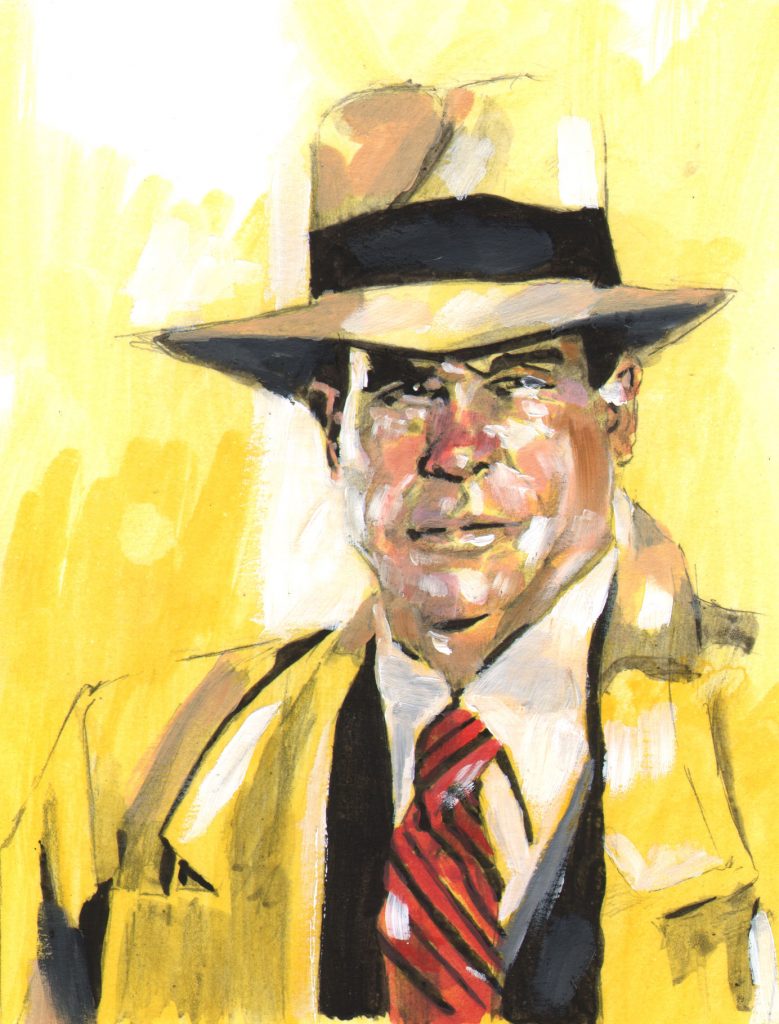 Well, here we go again.  I believe this is the third time I have taken on the 30 Paintings in 30 Days challenge at https://www.saetastudio.com/30-in-30-blog.  This time might be harder than the others because I’m coming into it without a plan.  I just recently decided to join in and I have no idea what I’m going to paint.  Usually I like to have a few pieces ready before hand to use as a cushion, but that’s not really the case this month.  One thing I am planning to do is finish some paintings that I have started but not finished.  Some of these will include some larger paintings.  Another idea I have to do some studies of work from artists I admire.  So, this month might be quite the hodge podge of pieces.  I guess we will just roll with it.

Day 1’s painting is a 5″x6″ painting of Dick Tracy as portrayed by Warren Beatty from the 1990 film, Dick Tracy.  Its is a mix of different painting media; acrylic, gouache and oil paints.  After I did the drawing on the illustration board, I did a wash of yellow acrylic paint over the whole piece.  Over that, I used black gouache for the under painting and the rest is all oil paints.

In my mind I was thinking I wanted to go for a Norman Rockwell feel to the painting, which I don’t feel came out in the piece.  I have been watching one of Quang Ho’s instructional dvds and the brush strokes, to me, feel more like his than Rockwell’s.  That said, I did really enjoy the process of painting this piece. 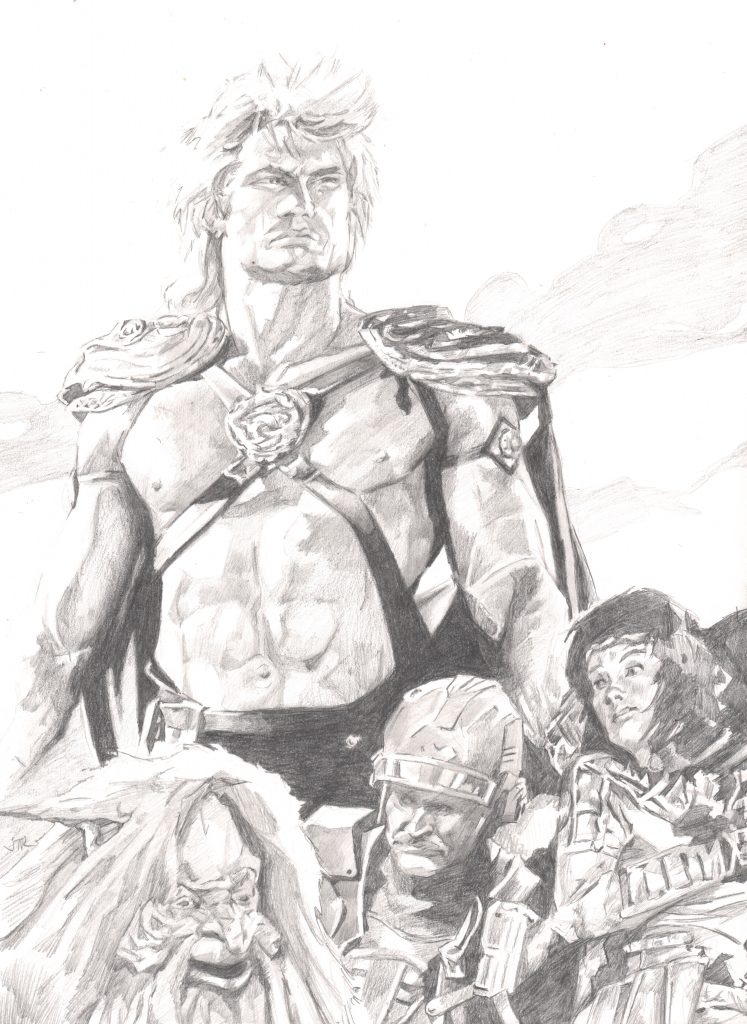 Ok, so this movie is not considered to be a classic.  Far from it.  But, I do have great fondness for it.  I was a big fan of He-Man from early on in my childhood.  I still remember getting my first He-Man figure right before I started kindergarten.  I loved the toys and the comic books and was also big into the cartoon.  I’m not sure what it is about this property that really grabs me.  While it has some awesome looking characters, like Skeletor, you also get some really lame characters, like Orko.  I am able to take the good with the bad when it comes to this property.  The original cartoon series can sometimes be a little hard to watch and people love to bash all the reused animation that the animation company, Filmation, used in every episode.  I think the look of the cartoon is very strong and still looks really clear and appealing.  And in the early 2000s a new company came out with a new cartoon series that was fantastic and one of my favorite animated series.

What is the thing about this property that makes me excited and wanting to do some art from it or why do I still read the comics and watch the shows and movie?

It’s the fantasy.  The history and the setting and fantasy of the world of Eternia is a huge part of it for me.  And I’m hoping to come back to this subject soon.  I decided to start off with the movie that came out in 1987, Masters of the Universe.  It stars Dolph Lundgren as He-Man.  Like most  movies based on a pre-existing property, Hollywood decided to make changes and alter the looks of characters, which is almost always hard for a fan to deal with.  But, enough time has past and I can now just watch the movie and do some drawings of these versions and just enjoy.

As for this drawing itself, I wanted to do a pencil drawing that was a fully finished pencil drawing, focusing on tone and technique.  I was listening to an interview with the artist, Allen Williams who does these crazy awesome pencil drawings and that really inspired me to try doing just a pencil drawing.  I’m planning on doing a second piece that is the villains from the movie.  A part of me does really want to paint these though…