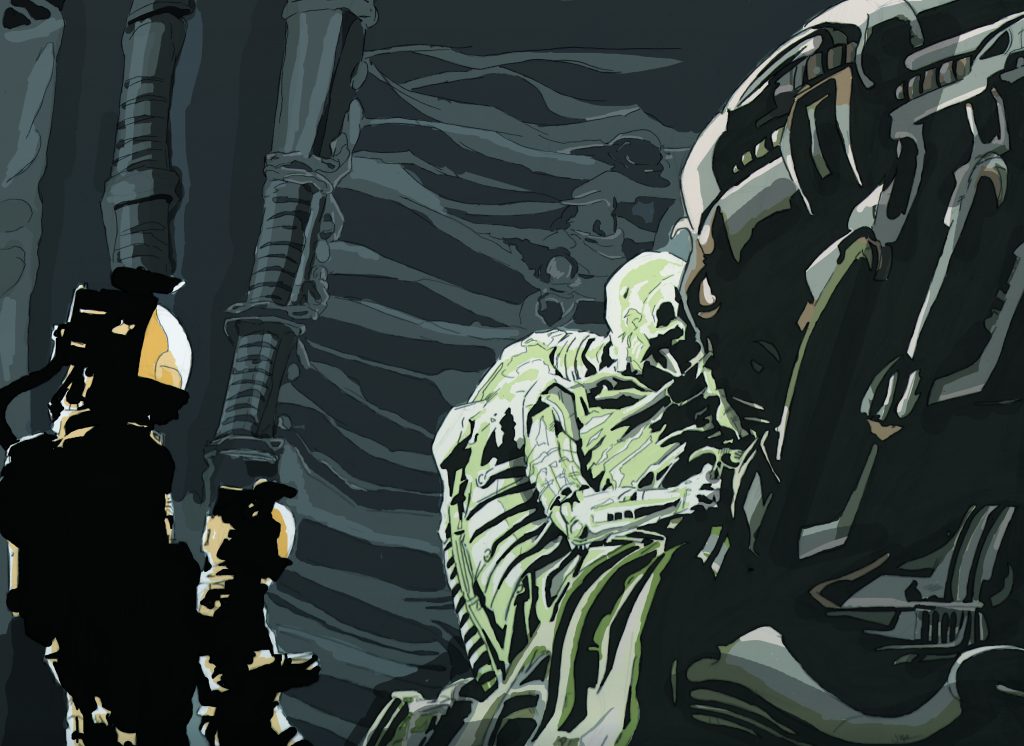 We are witnessing two explorers from the ship, The Nostromo, investigating an alien planet.  This is a scene from the movie Alien.  This is an ink drawing that was painted in Photoshop. 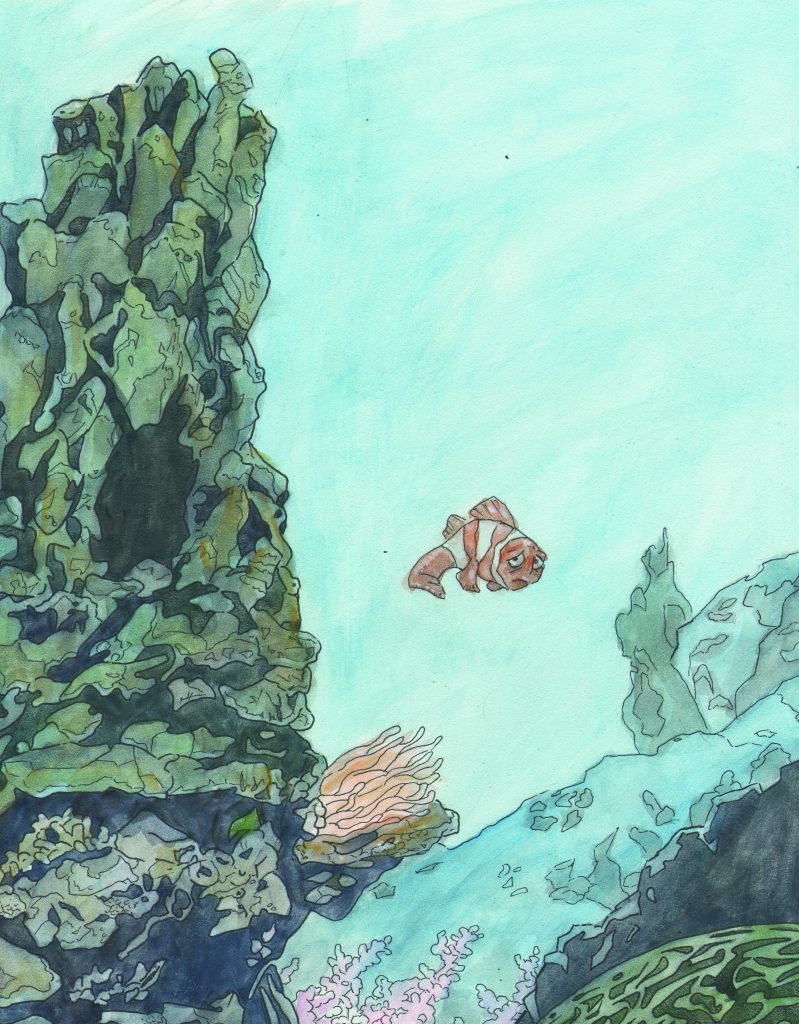 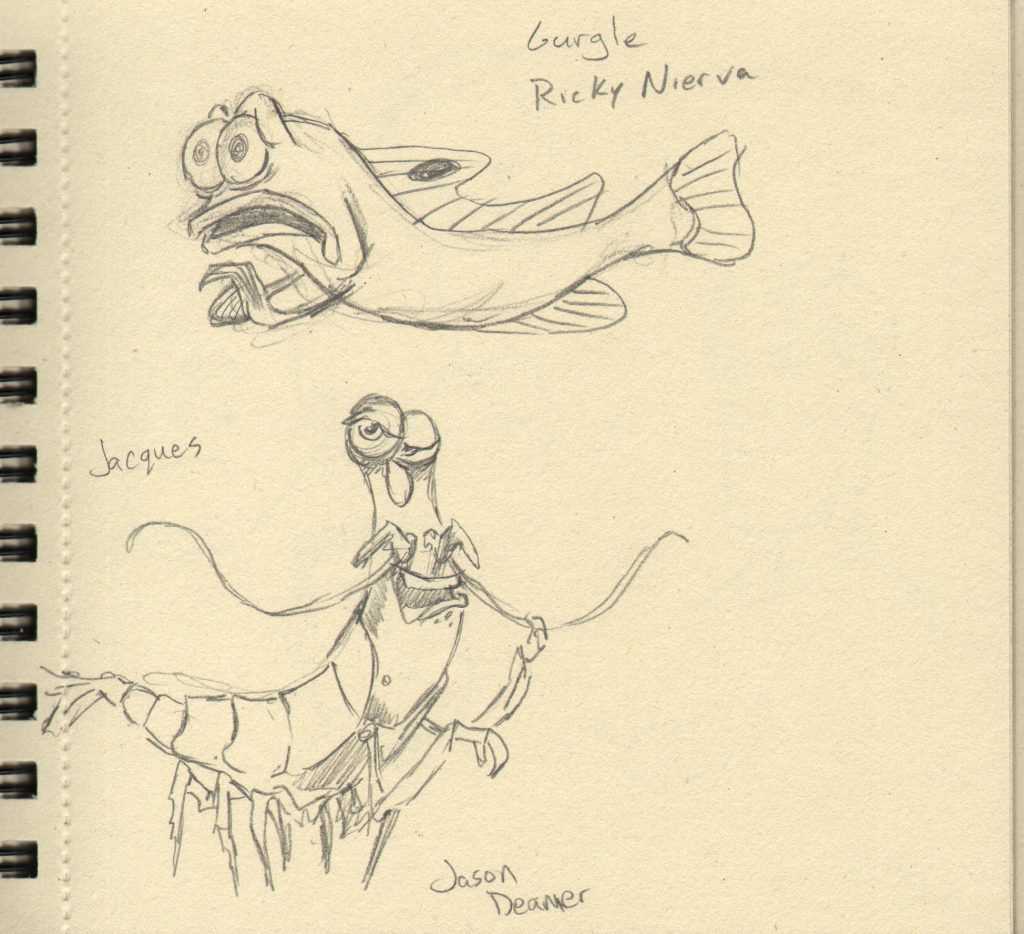 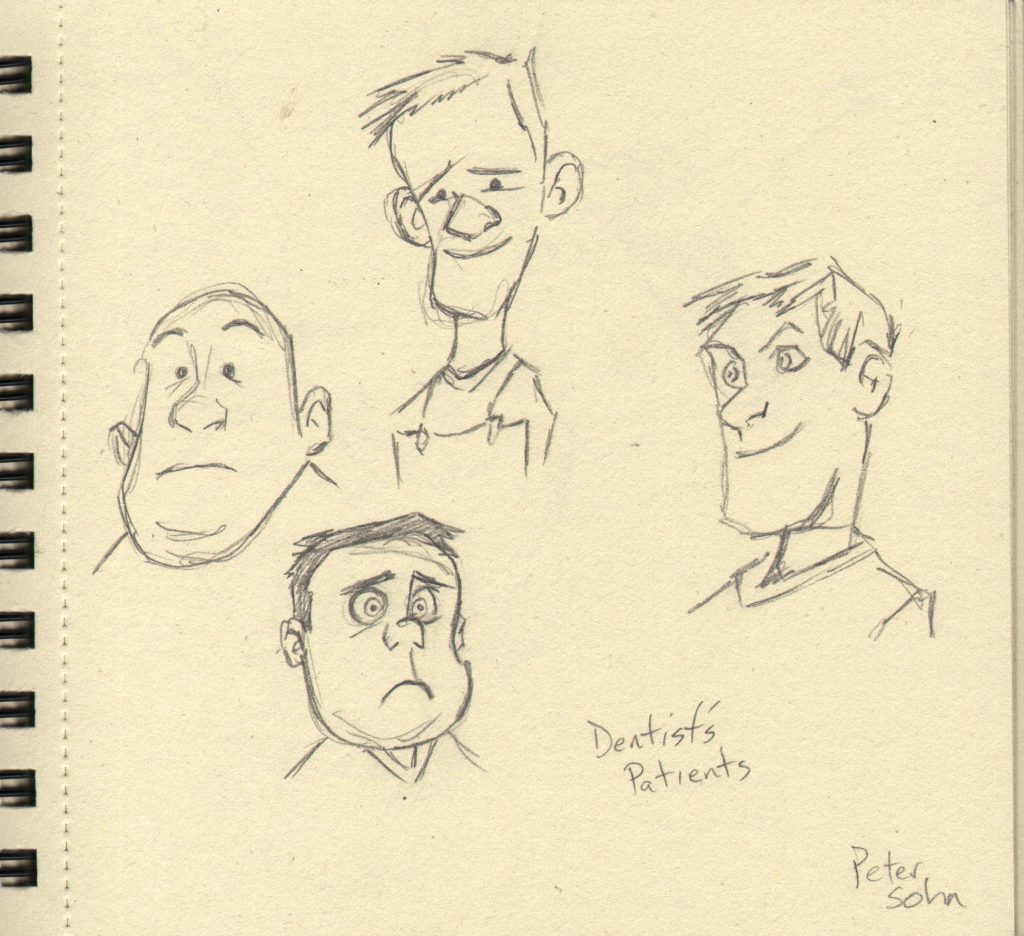 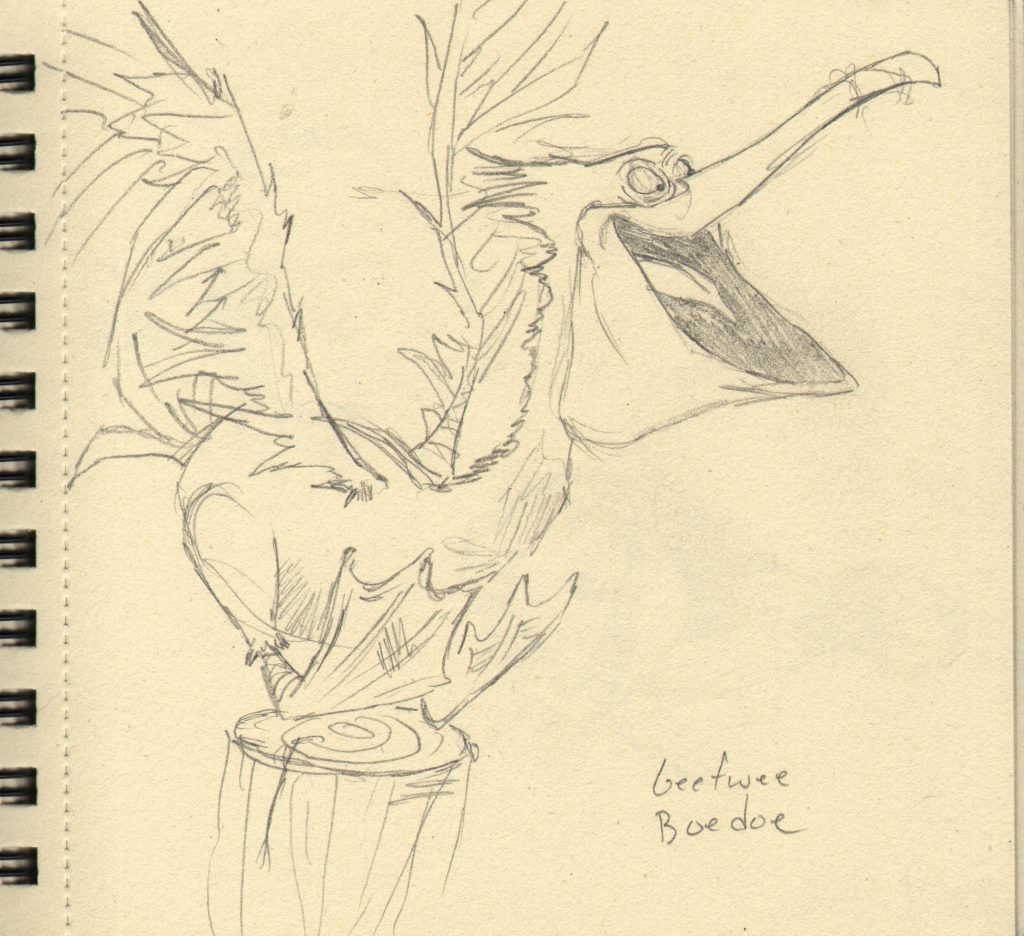 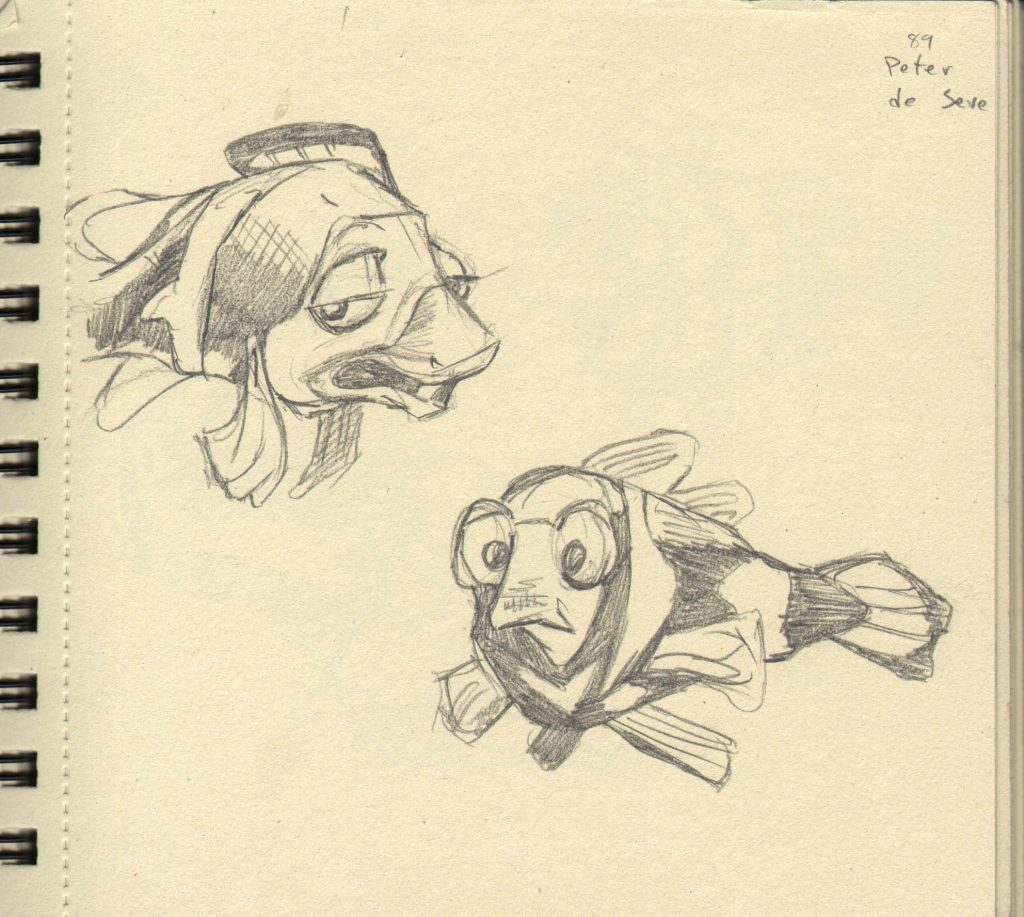 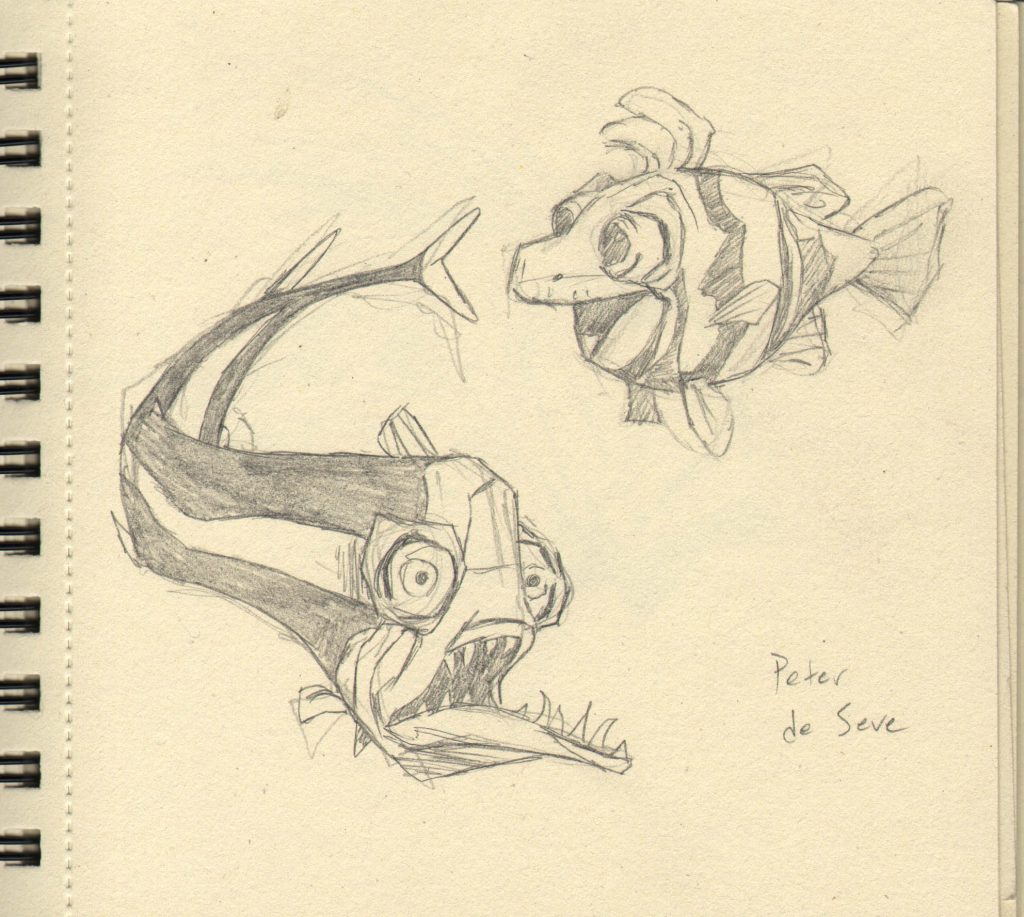 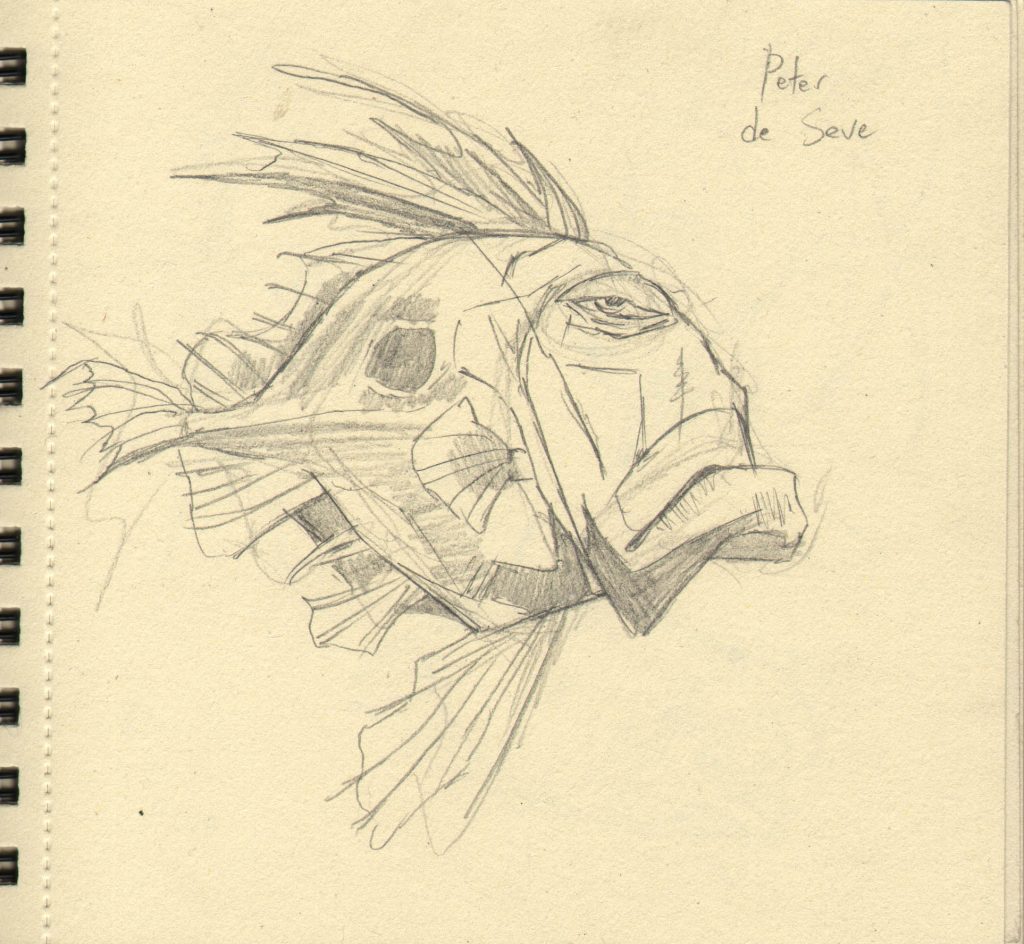 Two more days until the new Pixar movie, Finding Dory comes out, and we have one more day of character design studies of Finding Nemo to go after this batch.  My personal favorite out of this group is this last one of this tough looking fish by artist Peter de Seve. 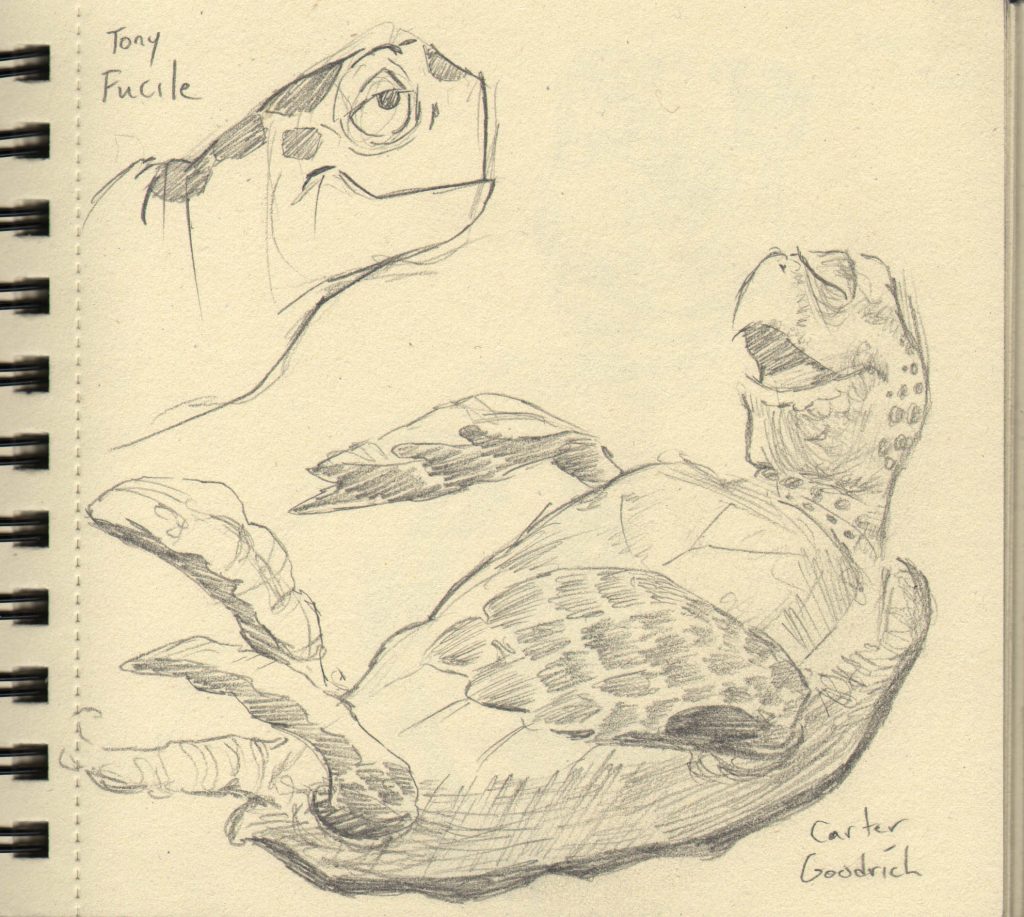 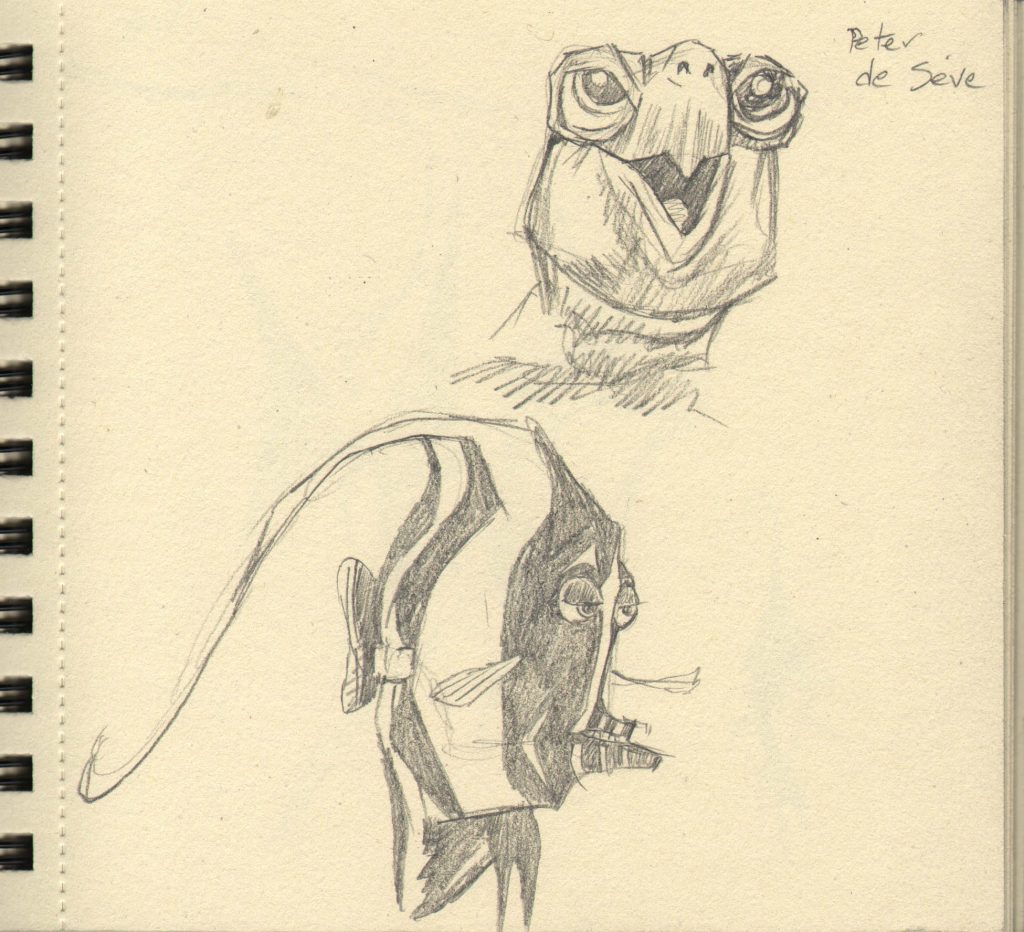 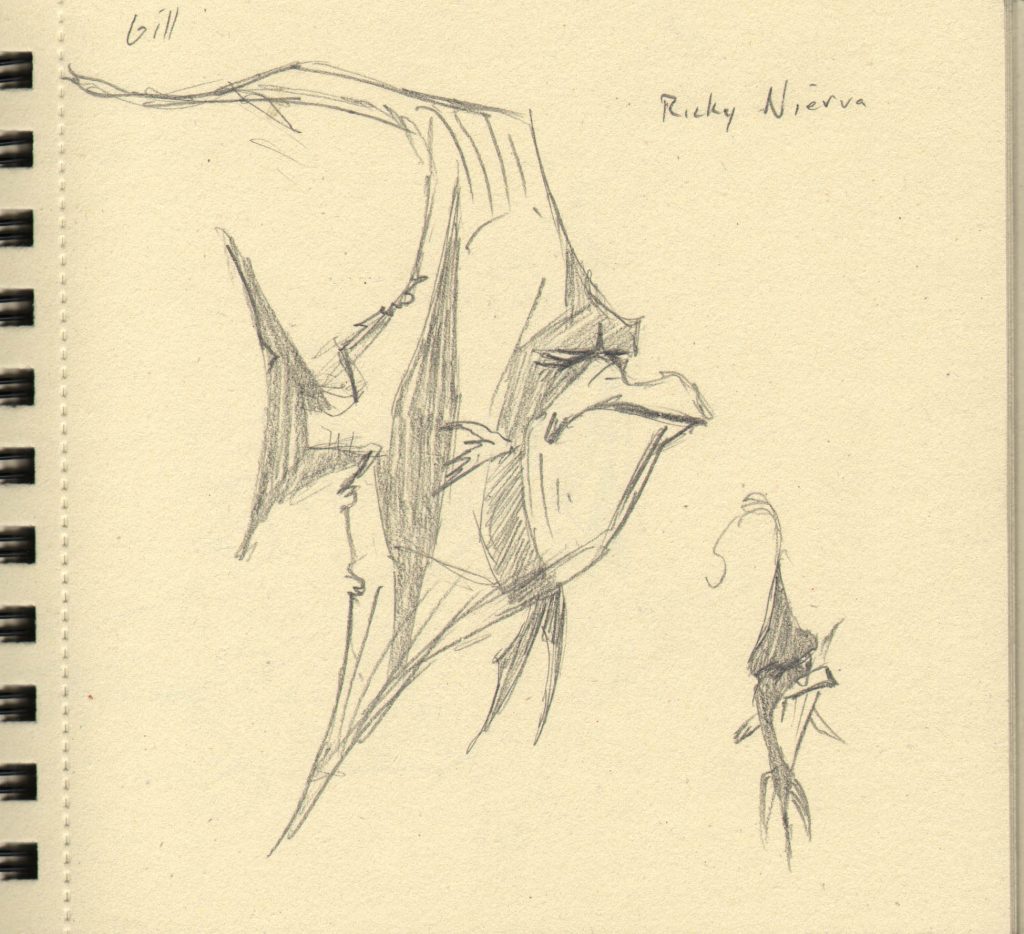 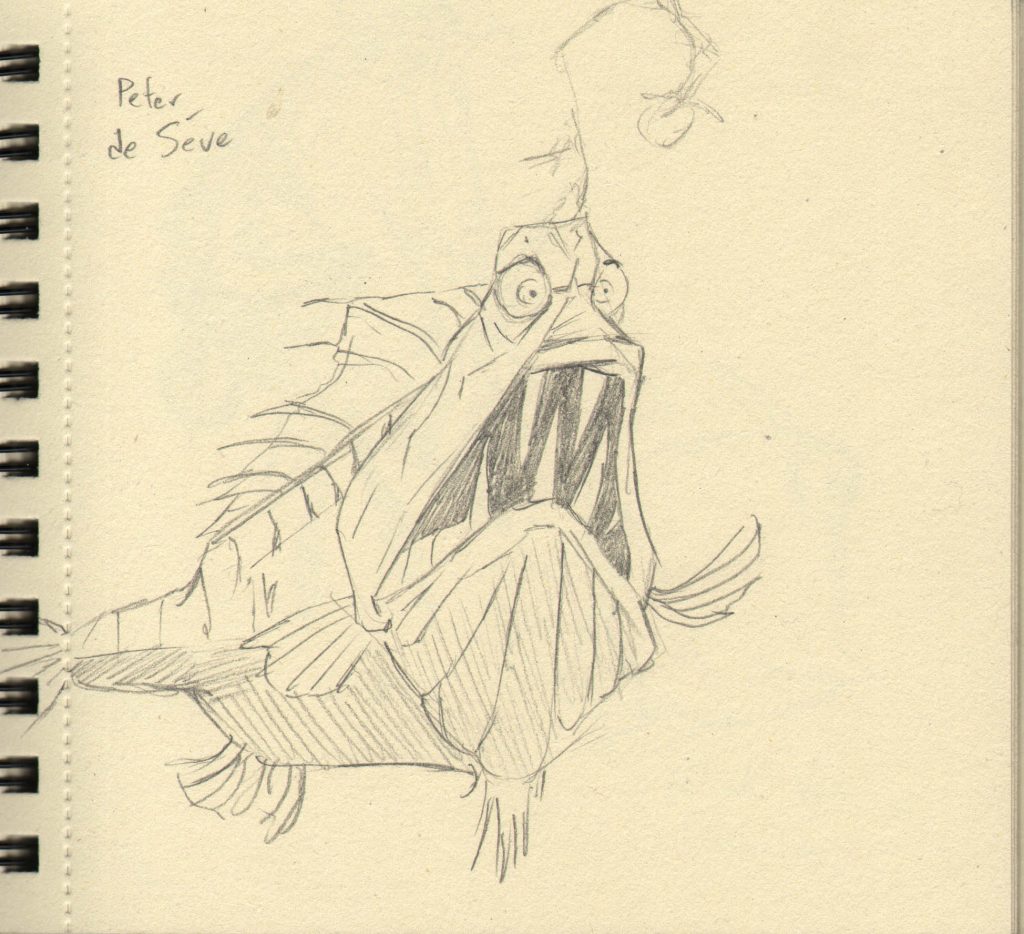 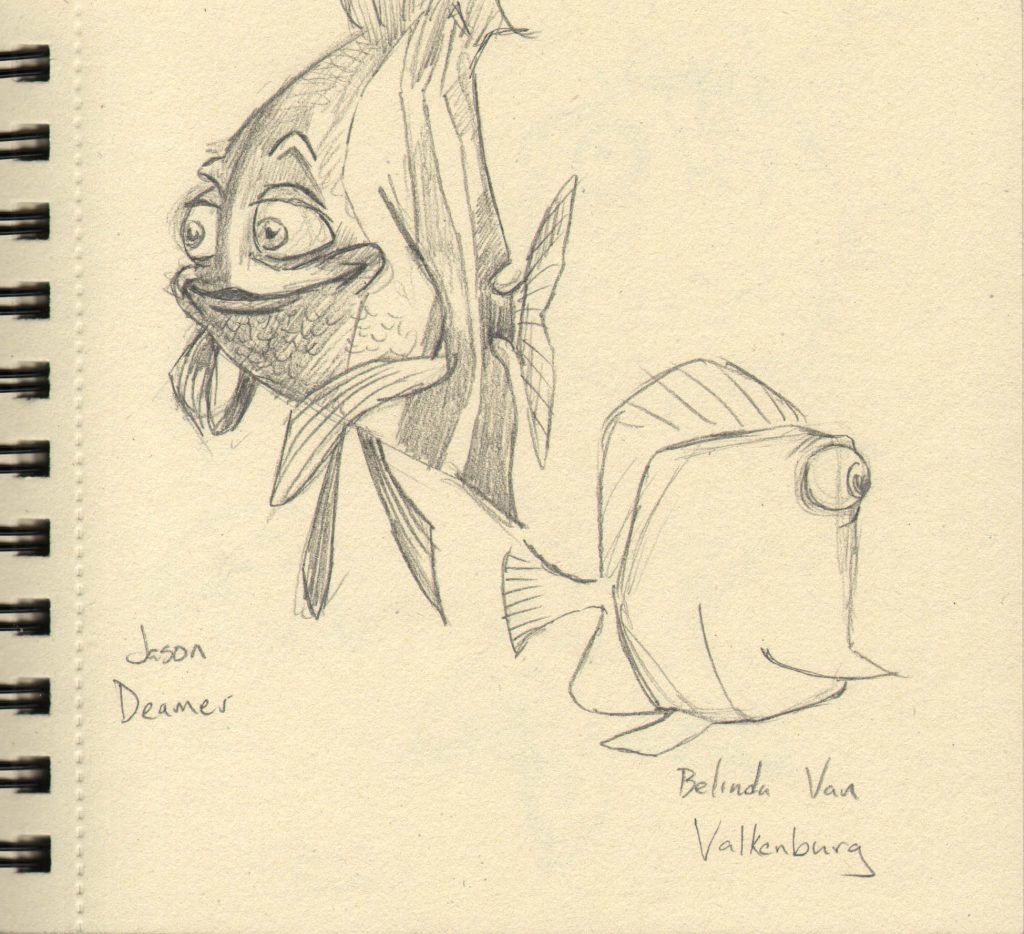 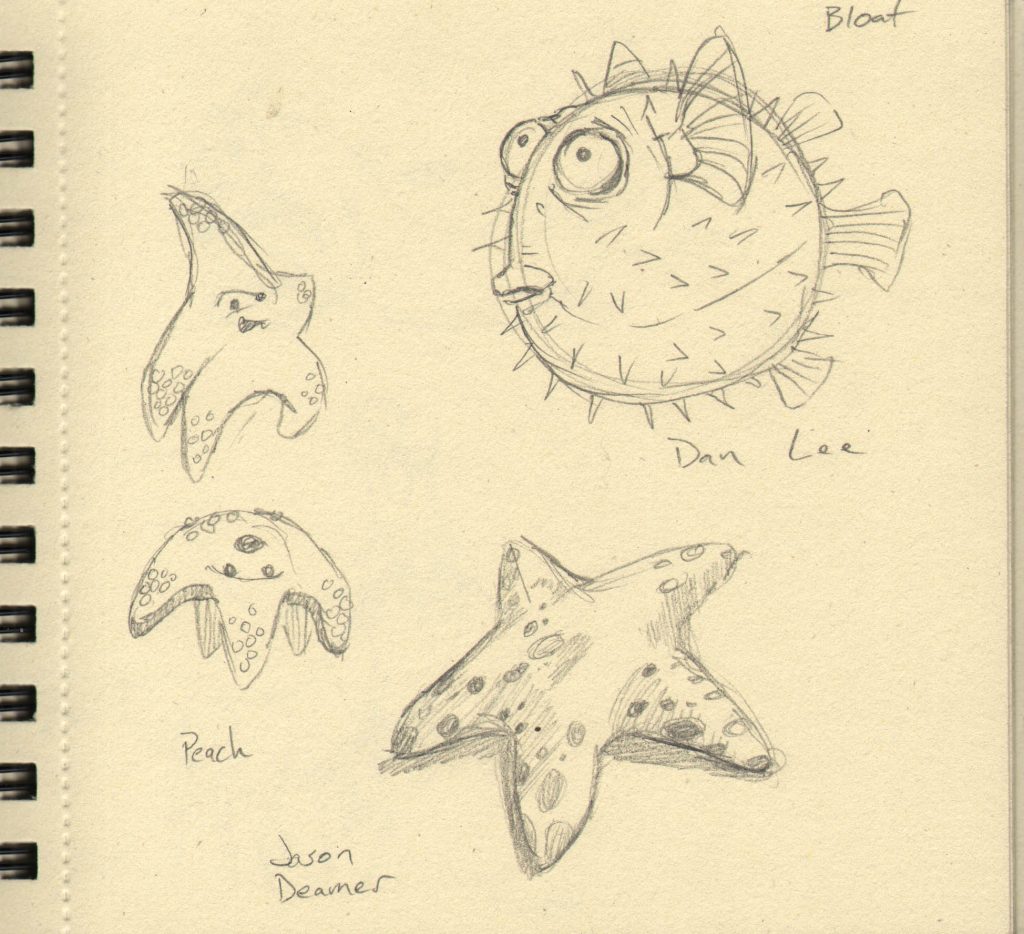 Here are the next round of character design studies I did from the Art of Finding Nemo book.  Included are some of the designs from some amazing artists that worked on this film like, Peter de Seve, Carter Goodrich and Ricky Nierva.  After doing these studies I picked up a book of Peter de Seve’s art book, A Sketchy Past.  And that book is filled with great artwork too. 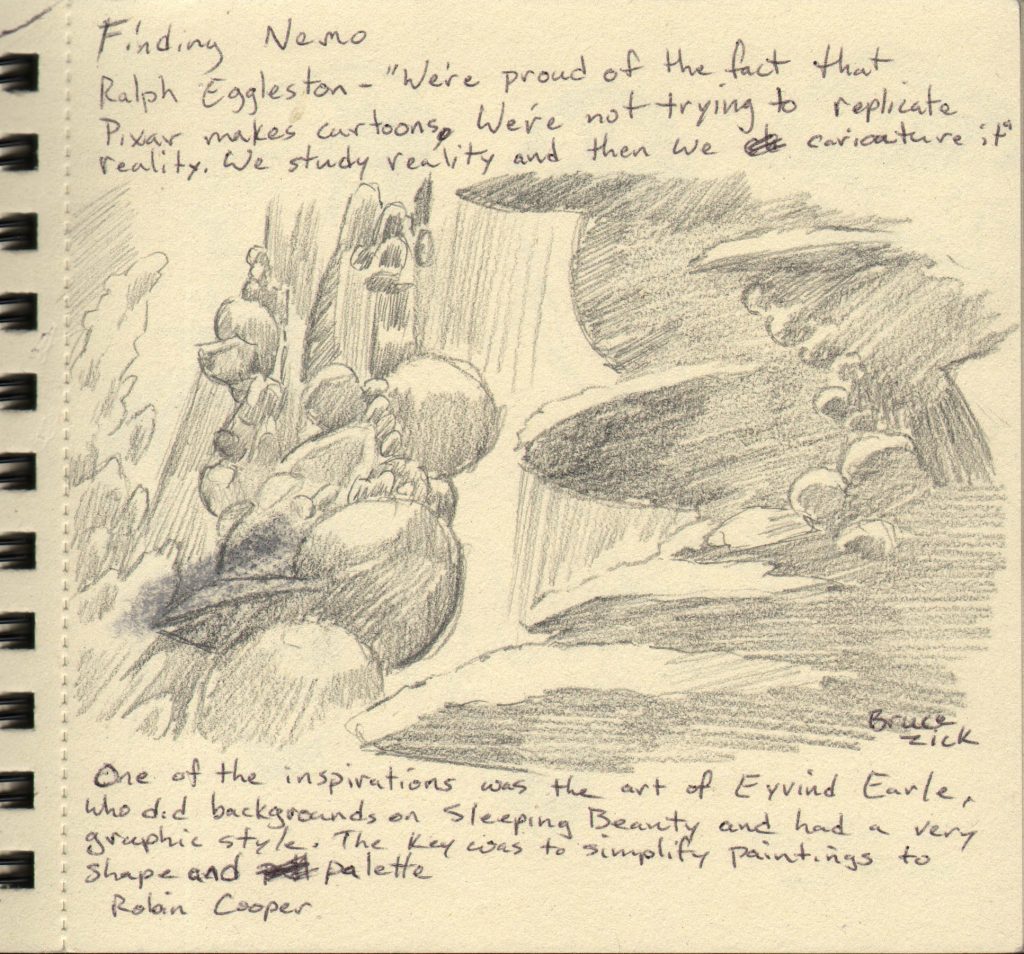 Today’s post is the start of a new series of posts for this blog.  The main theme is about Pixar.  My goal is to work at Pixar and that is the reason I have been pushing myself to do more artwork and post more online.  I am a huge fan of of the Pixar way of creating movies, where story is the main thing that drives each project.  They don’t focus on what’s bankable or what is going to sell the most toys.  They want to tell great stories.  I love that about them.  And I want to be a part of that process.  I want to be able to help work on projects that millions will see and connect with and that will stand the test of time.  Imagine what it would be like for the people who worked on the original Snow White.  Working so many hours, not knowing if the movie would be completed, if the budget would fall apart, or if anyone would even want to see a feature length animated movie.  And for it to come out and be an amazing work of art that still resonates today.  That’s what I want to be a part of.  I feel like Pixar is the place that is trying to do that same thing.

With Finding Dory coming out this week, I’m posting some pages of notes I did from the Art of Finding Nemo book.  From interviews I have read or listened to from employees at Pixar, one constant is that they say to look at their art of books and see what they look for.  So, I’ve stocked up my book shelves with these books and Finding Nemo is the first one I went in depth on.  As I read the book I was sketching the drawings in it, along with any quotes that appealed to me in a small sketch book.  Here is a batch of some of these pages. 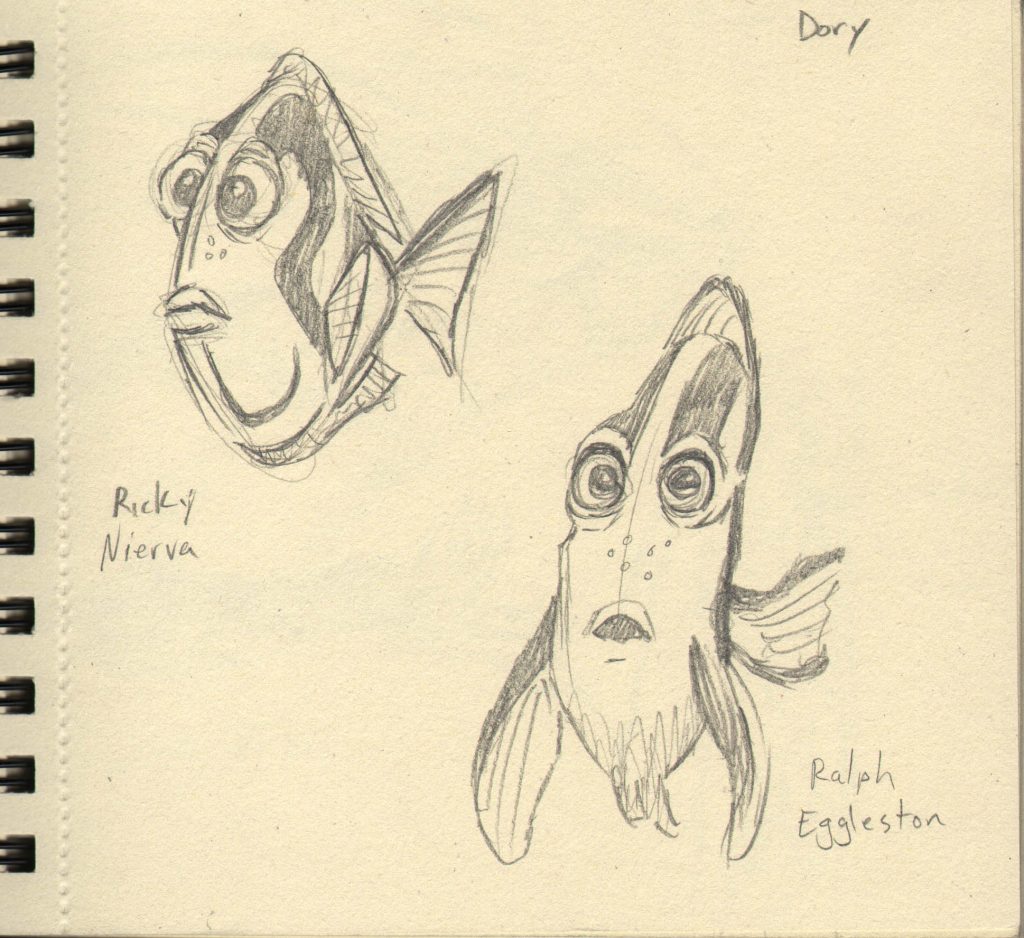 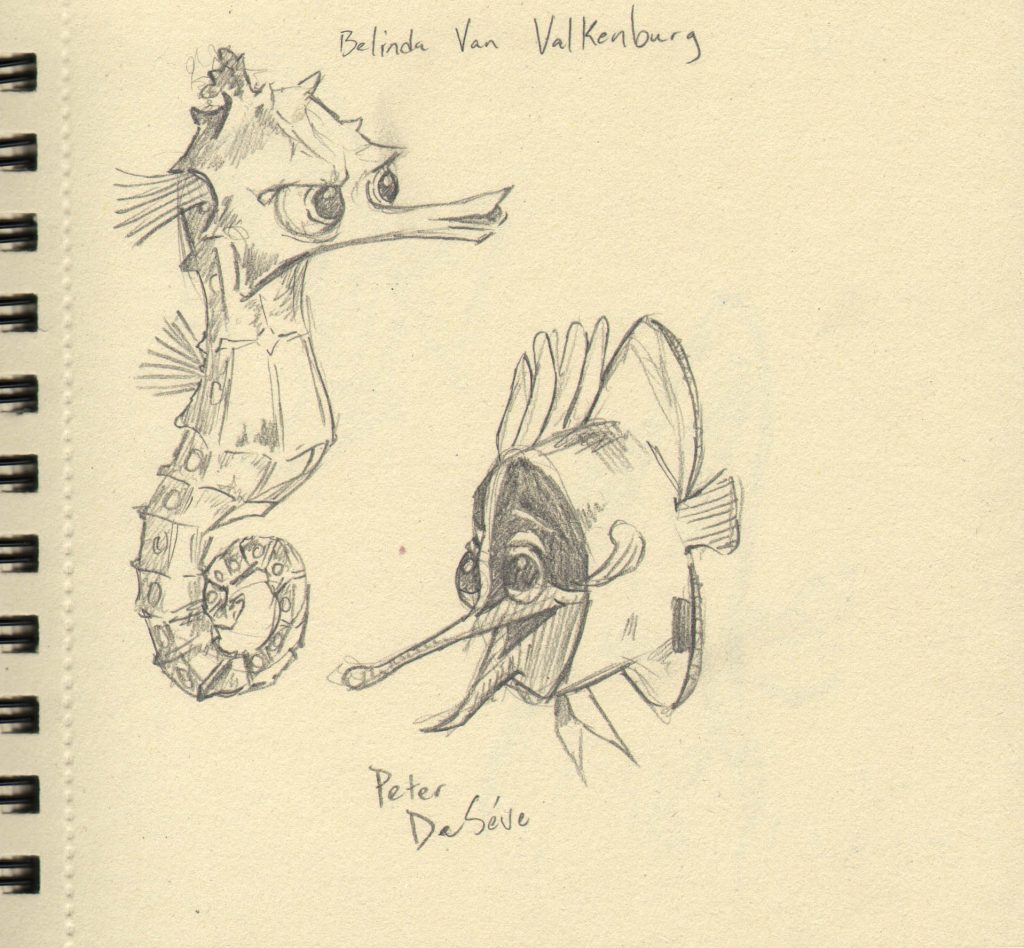 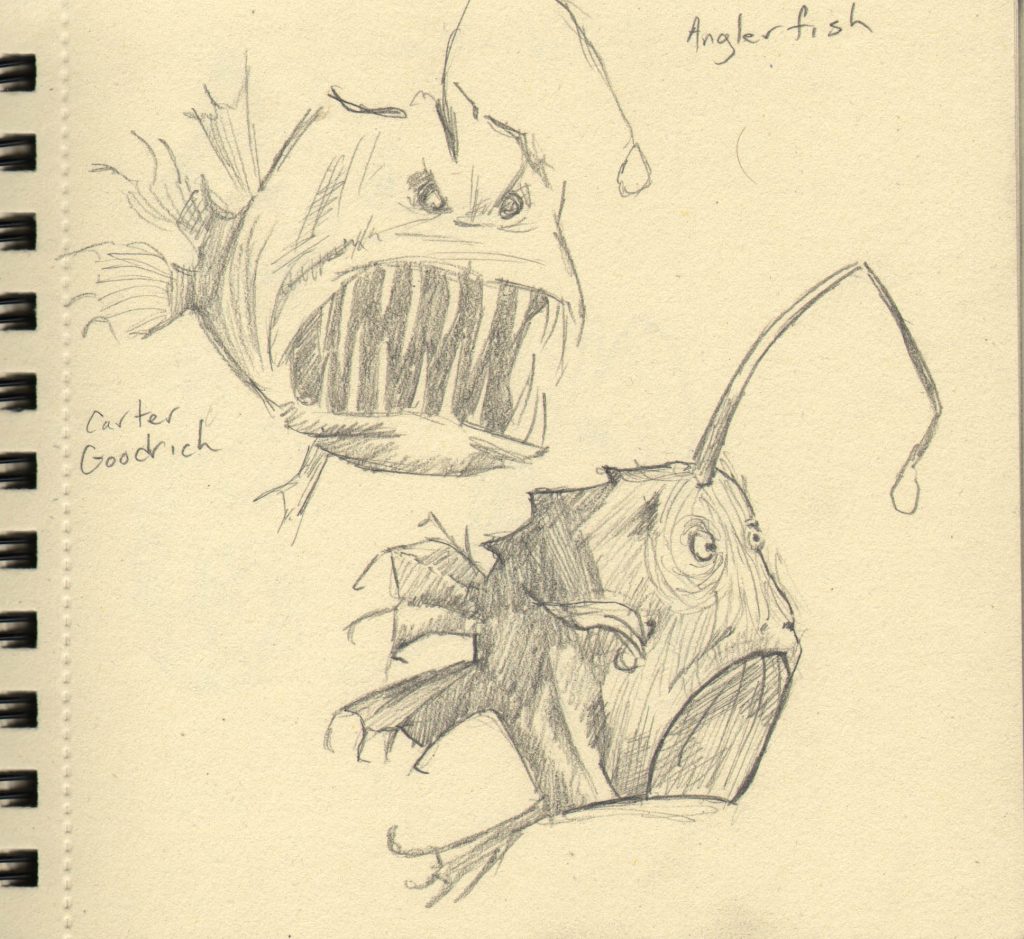 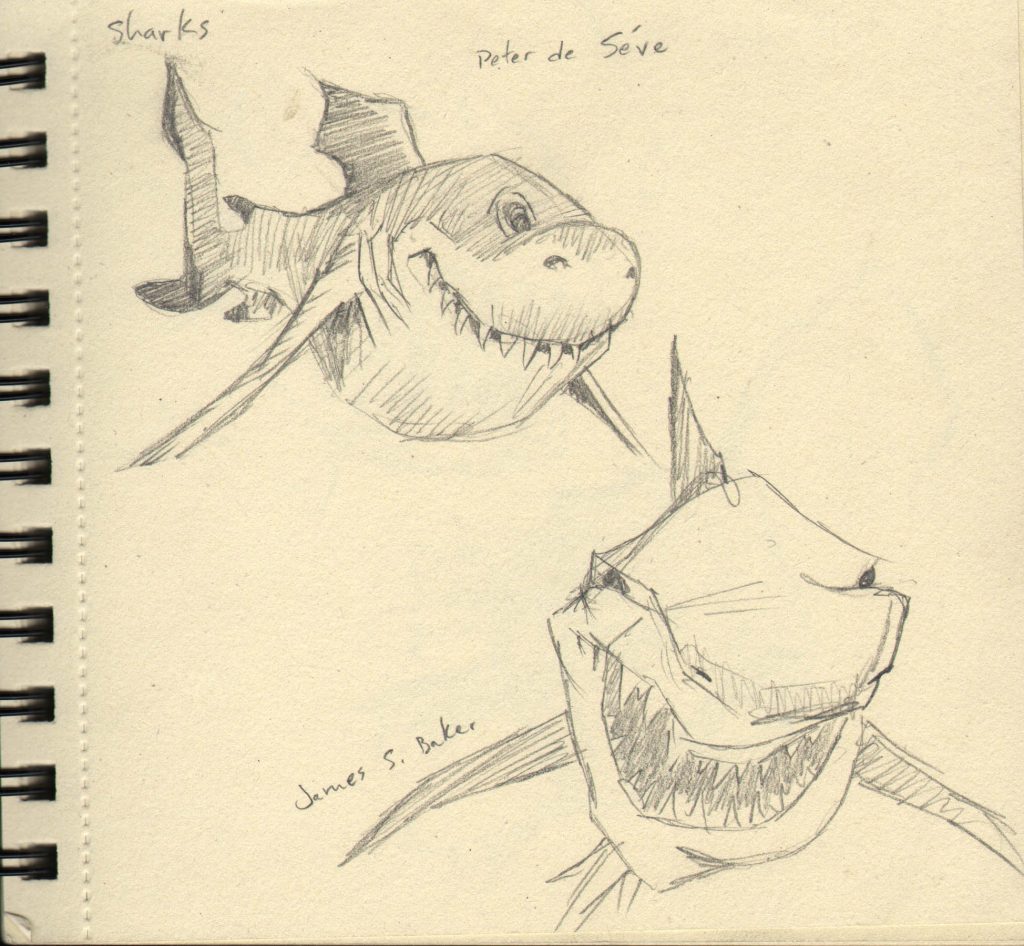 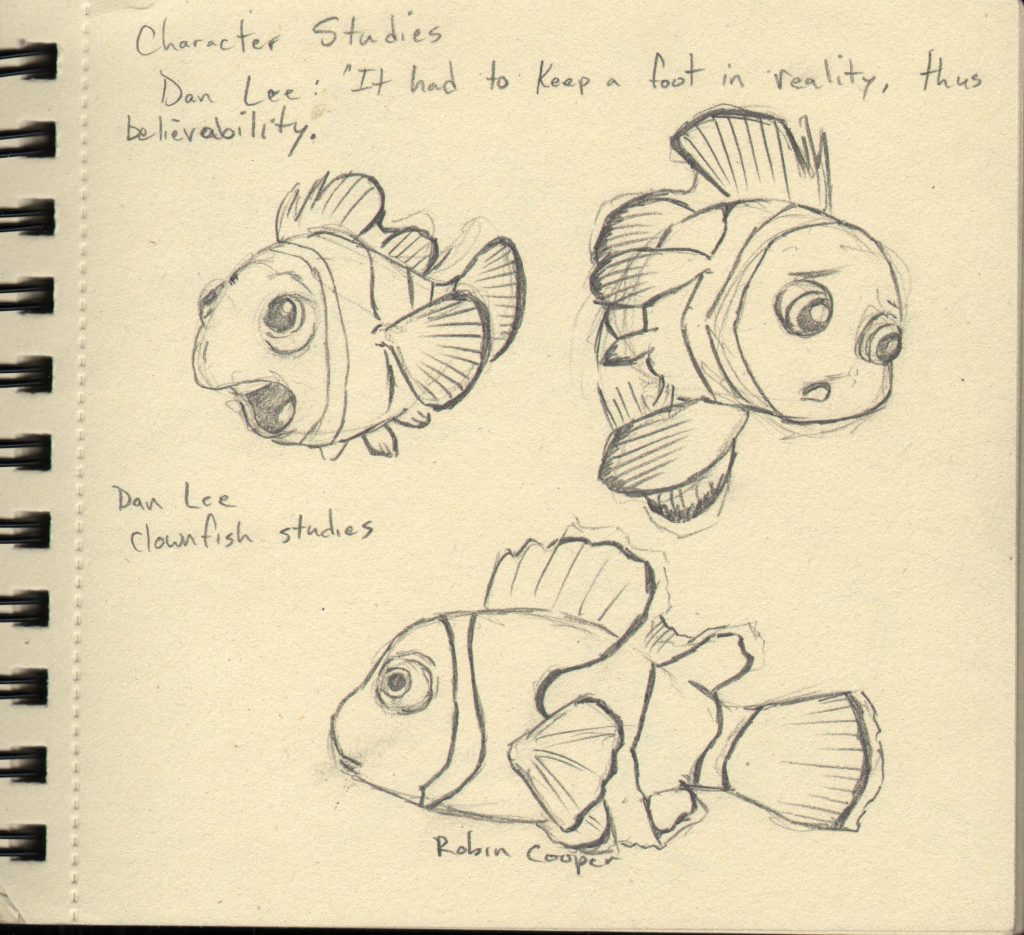 Next to each design drawing I tried to put the name of the person who did the original drawing.  I will be going more into some of the character designers that worked on the film, especially the ones who’s work really appeals to me, in later posts. 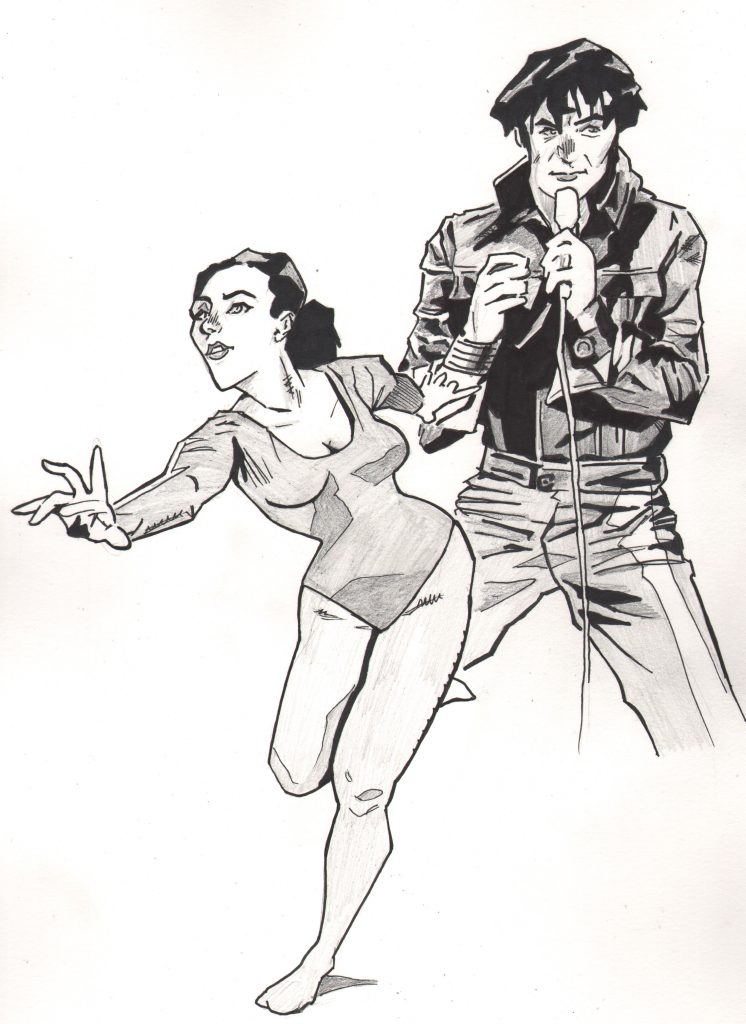 pencil and ink on Bristol board 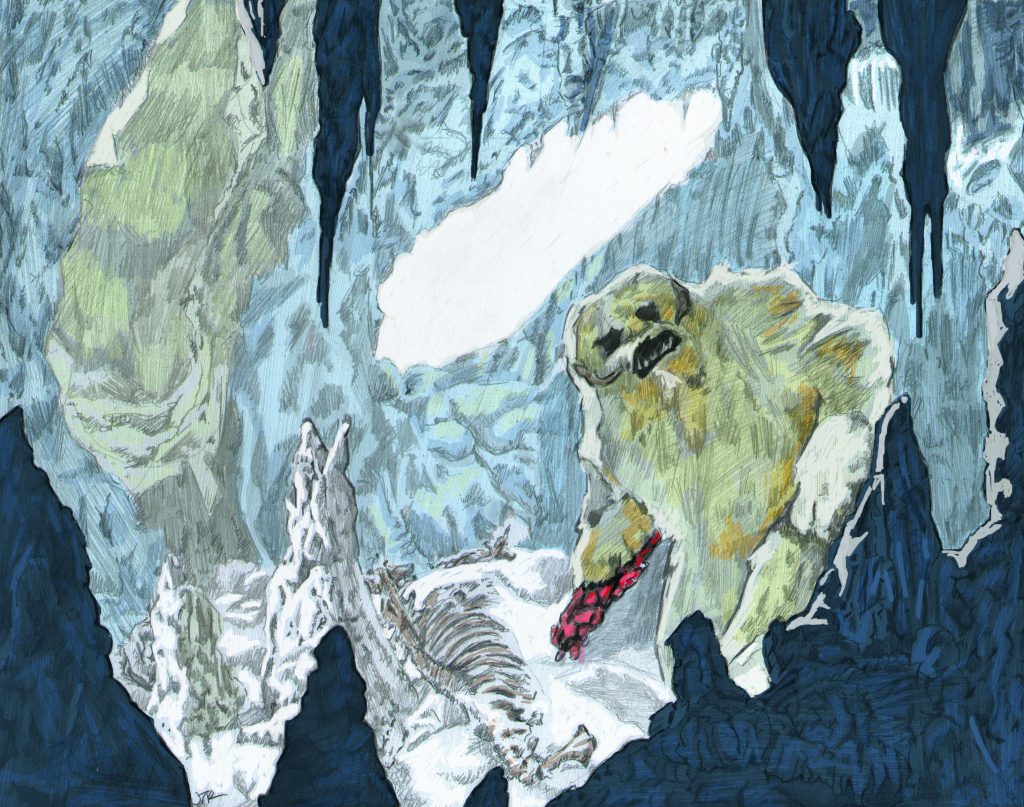 From the cold and icy land of Hoth, we take a trip back to the Star Wars universe.  This creature is the Wampa.  It looks like he just had a snack but this big guy is always hungry for more.

This was originally a drawing that I had finished a couple of months ago but wasn’t quite sure what I wanted to do with it.  I was thinking that I would do oil paint on top of the drawing but I was never really excited with the thought of it.  My next choice was to paint it digitally.  Which is what we have here.  While still a Photoshop newbie, I went through a lot of procrastination with doing this piece.  But today I decided it was time to give it a shot. 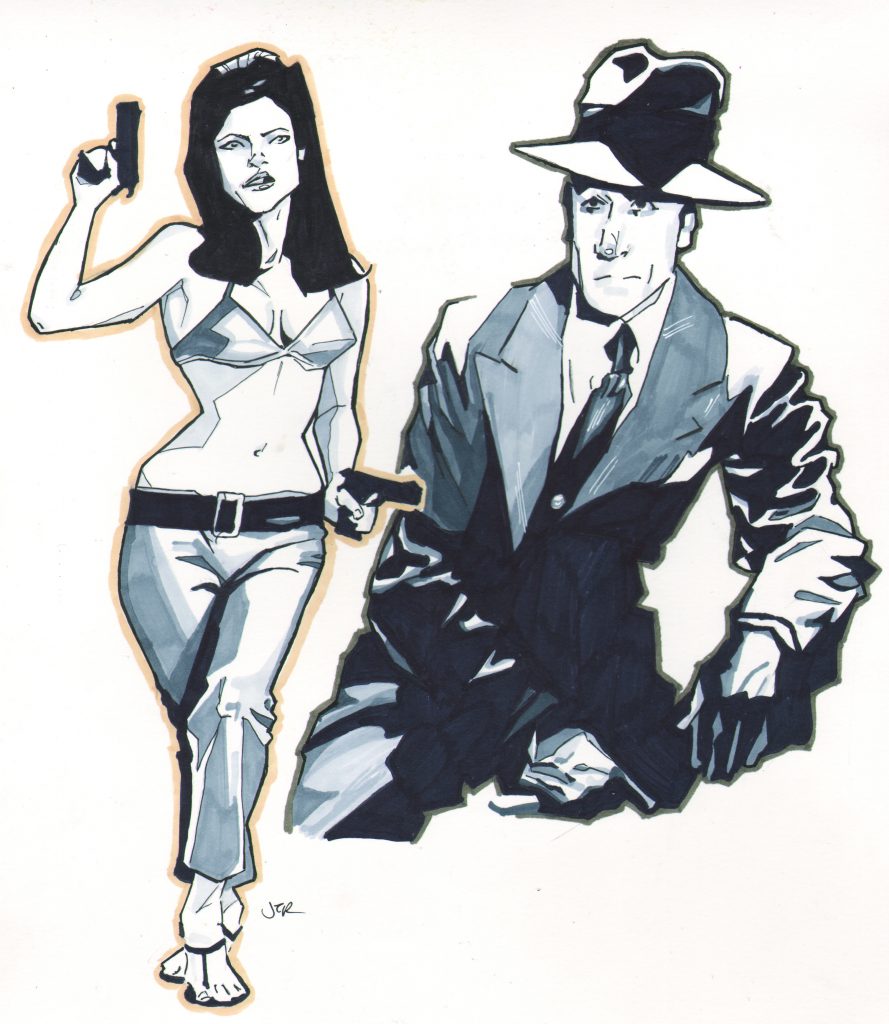 Here is week 2 of my Friday figure drawing challenge for myself.  It was drawn with ink and markers.

Wrapping up this week of X-Men, with our fourth character, Apocalypse.   He is the big baddie of the new film, X-Men: Apocalypse.  He is a time travelling Egyptian God who wants to take over the world.  Just another day at the office for the X-Men.  In the movie he is played by Oscar Isaac.  The final version of this piece was drawn with ink and painted in Photoshop.

Here is the line art- 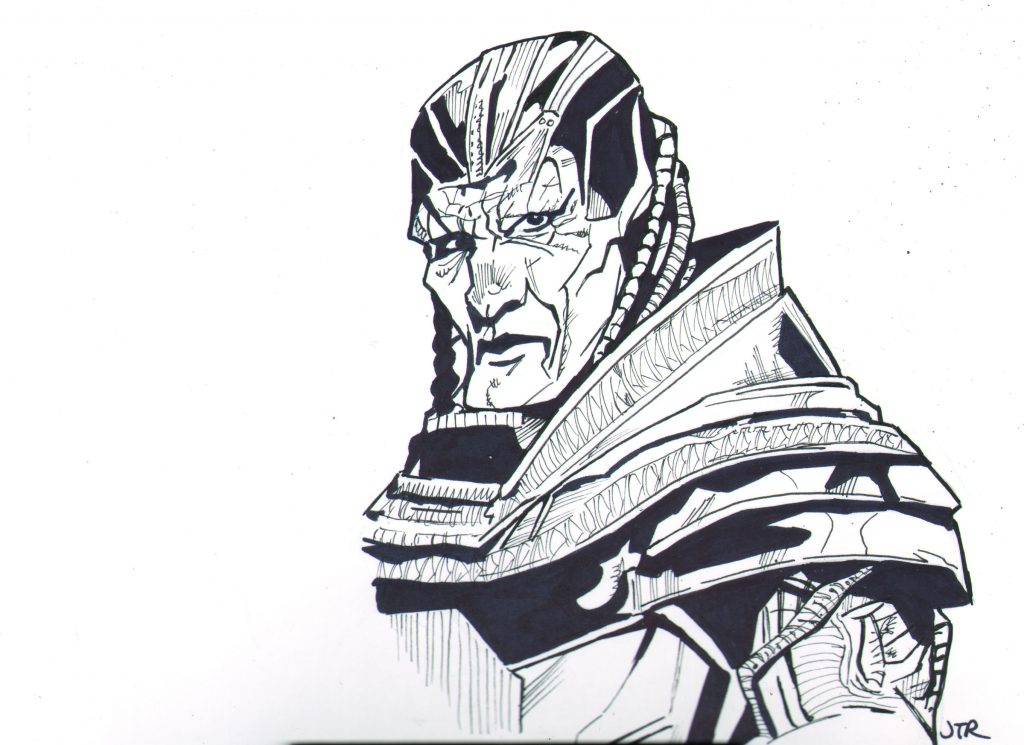