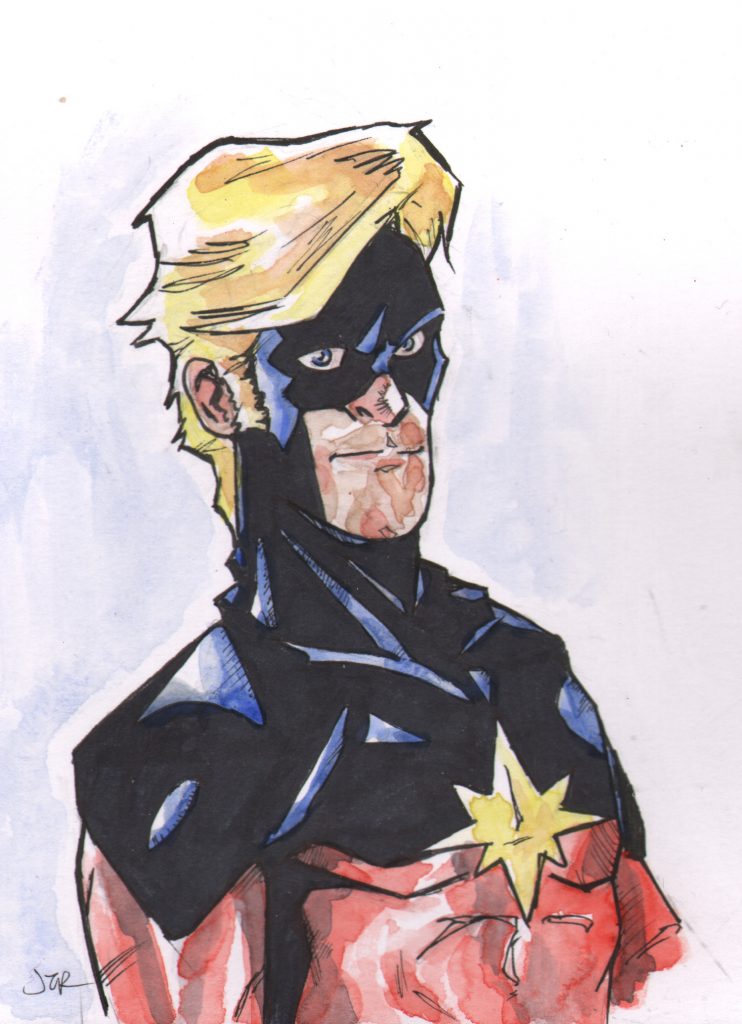 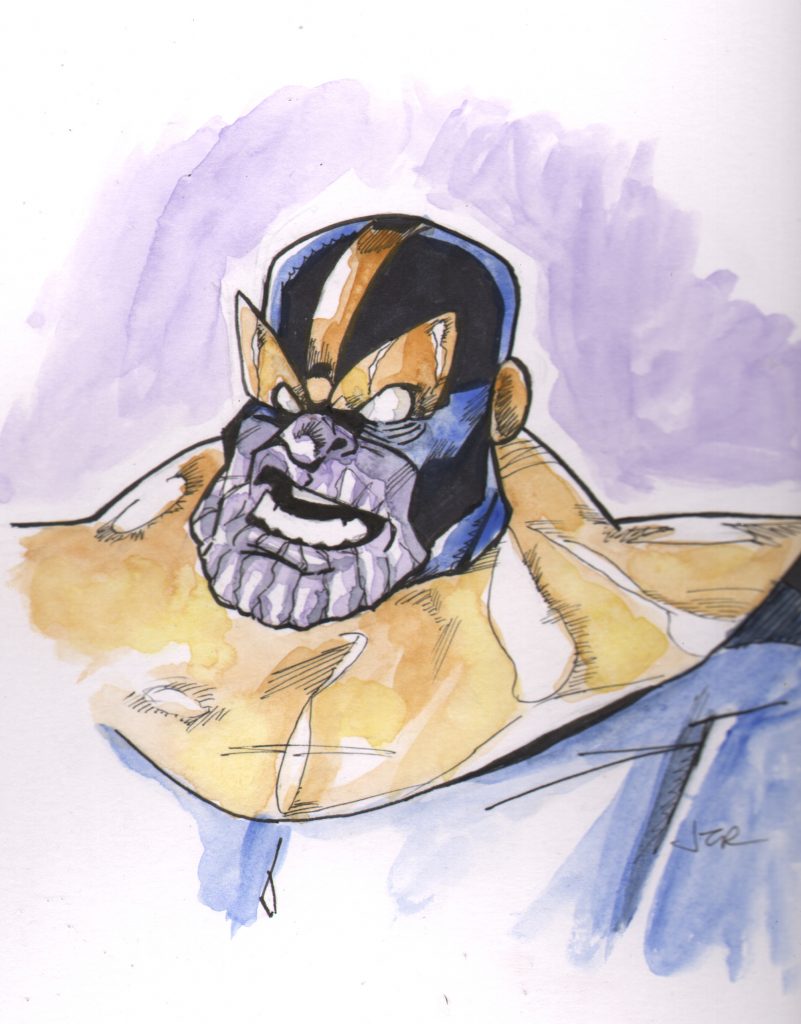 Starting to do a few of these smaller 5″x7″ish sized ink and watercolor paintings. I thought it could be fun to do some different type of characters from all different kinds of media. Today’s paintings are of two Marvel Comics characters, Captain Marvel and his arch foe, Thanos.
Captain Marvel is character that died in the early 1980s, is one of my favorite characters. And is also one of the few heroes that has not been brought back from the dead. He died from cancer and not by the hands of a villain, in The Death of Captain Marvel graphic novel.
Thanos is one of the most powerful villains in the Marvel universe and in the 90’s was causing many a problem for the characters in Marvel. And, that is what is ramping up in the next 2 Avengers movies.
Both of these paintings are for sale, $30 each or both for $50.
Join me at-
http://jamesrichardsonart.com/
https://www.facebook.com/jamesrichardsonart77/
https://www.instagram.com/monstercola13/
#marvel #art #watercolor #painting #marvelcomics #comicbooks #cosmic #disney #captainmarvel #thanos #avengers #drawings #illustration